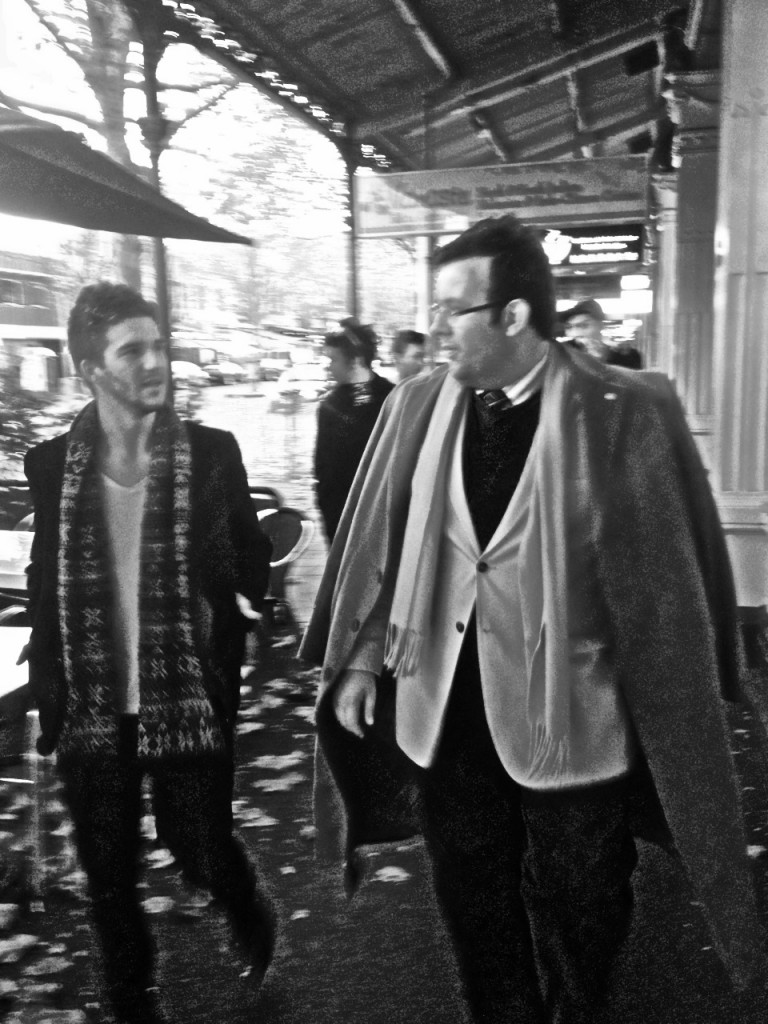 In typical fashion the new Undergraduate Fellow of the Senate Patrick Massarani enters our meeting wearing a cornflower blue business shirt and a pin-stripe suit. Last Wednesday, after weeks of voting, the fourth year Arts/Law student and accomplished pianist was announced as the twentieth Fellow of Senate since 1990, when postgraduates and undergraduates were represented separately on Senate by elected students.

Massarani is a colourful campus identity best known for his flamboyant outfits and litigious manner. “I took the university to court and took out an injunction in the Supreme Court,” he tells me. “The university briefed a barrister but they settled and paid costs.”

Adjusting his sea-green bow tie, Massarani is certainly knowledgeable when it comes to student affairs. He deftly moves between discussion of the cost of the SSAF to international students and university income and expenditure.

I ask Massarani why he chose to run for Senate. “This is something I thought about before I even got to uni,” he says. “A former chair of the Academic Board was a chair of the Fort Street school council and I was encouraged by his advice. After two years on the SRC I realised all the decisions were being made at Senate and that’s where I wanted to be.”

“Between staff cuts and the sword of Damocles hanging over the Honours programme, I think we need to ensure a productive relationship with the student organisations regarding the SSAF negotiations,” Massarani says.

Having run in various student elections and assisted his Labor right faction Unity in many of their electoral endeavours, I question how Massarani will fare in his role on Senate. “It’s daunting actually,” he says. “A fundamental duty as set out in the Constitution is to act in the best interests of the university as a whole. But this is a broad term. Everyone has a different view on what ‘best interests’ means. The Vice-Chancellor is obviously doing his best, obviously doing what he sees is best, but I think my view sometimes, or often, differs on that, with the greatest respect.”

“It has been a number of years since we have had a proper progressive voice on Senate,” Massarani says. “Ideally I want to be running regular meetings with the head of student organisations and have open office consultation hours.”

Despite having been an SRC and National Union of Students office bearer for two years, Massarani is apprehensive about the task ahead. “There are 35,000 undergraduate students,” he tells me. “This electorate is bigger than some state and local electorates.” Massarani intends to wholeheartedly dedicate himself to his new role. He is not contesting any further positions with NUS or SRC and wants to be “as visible and accessible as possible” for students on campus.

The Senate’s Senior Executive Group (SEG), chaired by Vice-Chancellor Michael Spence “seems to be an opaque and awkward bureaucratic instrument”, according to Massarani.

The SEG makes decisions regarding education and research training, finance and infrastructure, and curriculum and course planning. “The SEG is starting to become a serious political force on campus in its own right,” Massarani says. He looks forward to being able to make a “constructive contribution” to the decision of electing a new Chancellor.

The University’s new Indigenous strategy, however, brings mixed thoughts. “It suffers from…a fundamental lack of consultation with students,” Massarani says. “The university is trying a divide and conquer strategy. Shane Houston is not a bad person and the university stacks up with its equity programs, but it would be far better managed if [students] were involved in the process.”

With regard to his working relationship with the newly elected Postgraduate Fellow James Flynn, “I suspect we will have more disagreements than we’ve had before,” he says. “It’s not going to be all champagne and paté any more for James.”

When discussion turns to his predecessor on Senate, Ben Veness, Massarani plays it cagey. “I’ve known Ben for a number of years, we were at college together. He’s a very bright young man. However I think some disagreement is inevitable. I’d best not comment.” When asked about his successes, Massarani struggled to praise Veness: “He was able to engage widely and command the respect of senior university staff and students that knew him.”

Veness attended just two SRC meetings in 2012 despite being an ex-officio member. Massarani says his relationship with new President David Pink means he intends to work closely with the Students’ Representatives Council. “I’m very close with [David] and I’m proud of [his] achievements this year. I will be going to every meeting I can. The SRC will need all the help it can get in the next few months to take home its fair share of SSAF money.”

“I am conscious that while I’m sitting on what is essentially the ‘Board of Directors’, the university is not a business. Our first priority should be creating a positive and interesting learning environment.”