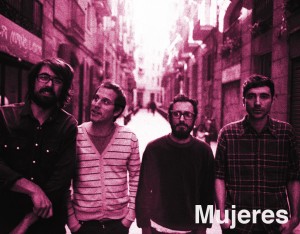 An economic downturn has hit the music industry concert tickets are unaffordable, Spotify is growing by the day, and illegal downloading is less a pandemic and more of a habit. In Australia, the music industry allows for independent musicians to make a meagre income, but things are looking worse in Spain.

“Spain faces its deepest recession in half a century,” the Spanish Finance Minister says. This accusation regrettably eschews hyperbole. Over half of those under 25 are unemployed and one third of these people cannot receive welfare benefits. As in most recessions, cultural institutions were the first hit in the inevitable slaughter. Museums have had major budget cuts – two-thirds in just four years- and the Fundación Caja Madrid, a savings bank that previously funded over 48 cultural centres and a number of music programs, has been forced to slash donations.

Musicians are looking to a new kind of scene to survive – artistically, financially, and politically. So amongst what seems like chaos and disaster, musicians are coming together to support each other in spite of money problems. The founder of record label La Castanya, Joan Guárdia, told Pitchfork that “the DIY scene doesn’t wait for public funds to make things happen.” La Castanya is a small independent booking agency and in austerity Spain, manifests the DIY culture of the Spanish music underground that refuses to disappear as its public funding does.

This attitude is more profound than simply one of a will to live. The musical camaraderie prevalent among bands and artists, and the DIY attitude that is a prime mover of their music is rooted in the political and cultural history of Spain. For those in the Barcelona music community however, mutual support in times of crisis is not necessarily new.

During the Spanish Civil War in the 1930s, anarchist communes sprung out of the wreckage caused by fascists, republicans, and socialists fighting for control, and developed a system of ‘mutual aid’, ensuring their own collective survival. They would share food, skills, and the workload, creating a distinct personality in Catalonian culture that became anti-government, anti-centralisation, and pro-civil society. Consider that even their football team, Barcelona FC, is still owned by its members, not sponsors, and only started placing advertisements on their jerseys a few years ago, after more than a hundred years of independence.

Barcelona is no longer in a constant state of anarchist unrest, but you can see the legacy of DIY and mutual aid ethic in the undercurrents. Bands tour the country on a bare minimum, sleeping on the couch of one band and playing a gig with another, even if their styles are dissimilar. Spanish music is flourishing in small venues such as Sidecar Factory Club, a small and sweaty space that regularly hosts independent bands; the good ones rise to the surface and are assisted by committed listeners, almost as if they have a ‘democratic mandate’ from their audience. The anti-capitalism of the 1930s might be gone, but the strong sense of solidarity and community remains.

Mujeres hail from Barcelona, but you’d be forgiven for thinking they were born and raised in San Francisco. Their lo-fi sound and garage rock tendencies recall The Black Keys, but it’s really Bay Area vibes you get when you listen to tunes painted with touches of Ty Segall, Thee Oh Sees, and sixties up-tempo acts like The Beau Brummels. But their chilled out beer-in-a-park songs stands in contrast to their overwhelming popularity. They have a dedicated fan base, they are signed to an independent label and their bassist owns a much-loved record store in Barcelona, Luchador Records. Their popularity isn’t tied to clever marketing backed by money; bands like Mujeres would barely exist in Spain’s current economic climate if not for a strong love of music – and a strong love of their music – that sustains their momentum.

Despite their hometowns’ rivalry, the Madrid band Cosmen Adelaida share the same approach to music as Mujeres. Their music may have a more chilled vibe about it – think Yo La Tengo meets twee – but there is the same love for their art.  A distinct darkness resonates in their music. One track, ‘Miss Wisconsin’, captures the feelings of despair and resentment amongst Spanish youth in the current crisis. Their drummer, Elisa Perez, says it could be translated as a song about resignation. Despite this, the fortitude of the band through troubling times for the music industry is a testament to the innovative and impassioned way independent Spanish bands survive.

Learn Spanish fluently, forget the lush accent and there’s not much dissimilarity between the emergent independent Spanish music scene and alternative acts in Anglophone nations. The distinction lies behind-the-scenes, on the worn out couches of band mates, the road trips, and in shared meals. The fervent DIY attitude that nurtured their music may mean small stages, but it confirms big audiences. An economic crisis may have been the catalyst for the collaborative spirit within the music scene, but a uniquely Spanish culture – interlaced with solidarity and self-reliance – nourishes it into the passionate art form it is.