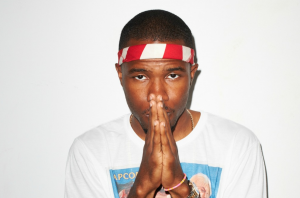 “Come take a stab at it faggot, I pre-ordered your casket” doesn’t really paint a very welcoming image… under, well, any circumstances whatsoever. The Odd Future collective, particularly their de facto leader, Tyler the Creator, have been lambasted for the use of such blatant homophobia in their music (fun facts: Tyler’s album, Goblin, contains a good old 213 anti-gay lyrics), and have never really put too much effort into playing this down publically. In a way, they haven’t had to. While they’ve been decried by G.L.A.A.D (Gay and Lesbian Alliance Against Defamation) and various other gay rights groups, there hasn’t been an extensive social pressure for them to change their style.

One of the key reasons for this is simply the expectation of hip-hop (within the popular sphere, at least) to be explicit. Despite the genre emerging from a desire for change, it was simultaneously bogged down in a context of anger and frustration from current inaction towards such change. While artists like Ocean have always been slightly separate from the rest of the collective. For one, his music tends to lean a lot closer to neo-soul rather than generic hip-hop, with an overt preference for singing instead of rapping. Ocean has never really kept his sexuality a secret. For instance, We All Try, one of the stronger tracks on Frank Ocean’s debut, featured the line “I believe that marriage isn’t between a man and woman but between love and love.” It’s a bit of a contrast to lyrics off Eminem’s critically lauded Marshall Mathers LP of thirteen years ago: “I’ll knock you fuckin’ faggots the fuck out.” Thanks for that contribution, Marshall.

Although popular hip-hop artists like Eminem are largely responsible for establishing the bigotry-infused style of hip-hop many people believe to be its only incarnation, groups including OutKast, the Wu-Tang Clan, Common and the Roots have existed on the fringes of popular hip-hop without falling prey to sexism and homophobia in their lyricism. The difference between these groups and Ocean, however, is twofold. Firstly, Ocean’s context amidst the Odd Future collective, and secondly, the fact that Ocean is openly gay.

His Grammy performance of Forest Gump, a metaphorical lov

e song revolving around Ocean’s thoughts about another man, was a milestone for several reasons. The most pertinent being that Ocean refused to perform any song besides it. In essence, the Grammy’s made the decision that the listeners of popular music would be ready for an openly gay artist in hip-hop to perform a song deeply-linked to his own sexuality. While it doesn’t prove homophobia is no longer an issue in hip-hop, the performance demonstrates an important shift in the popular perception of the genre. This shift is magnified when viewed in relation to other popular artists within the genre.

In 2012, Jay-Z came out in favour of gay marriage, Lil B declared himself a supporter of G.L.A.A.D, 50 Cent stated support for Obama’s pro-gay marriage stance, while older hip-hop icons Russel Simmons, Snoop Dogg and D.M.C all came out in praise of Ocean’s “brave statement,” and decision. More than a decade ago, Brother Ali’s music used slurs including “faggot” yet when reflecting on this recently Ali stated it was “the reckless abandon of a young man lacking the empathetic sensitivity that only manifests through life-altering interactions and experiences.” In a sense, the homophobic history of hip-hop is a sign of a genre in a stage of immaturity.

The presence of Frank Ocean in Odd Future, and their reaction to his official coming out leans towards the idea that a great deal of rappers like Tyler aren’t as homophobic as they are stuck in a maladjusted tradition of shock-based performance established by a former, more volatile, era of hip-hop. Tyler’s twitter reaction to @frank_ocean really leans towards the latter conclusion, “My Big Brother Finally Fucking Did That. Proud Of That Nigga Cause I Know That Shit Is Difficult Or Whatever. Anyway. Im A Toilet.” The last part says it all. Frank Ocean has proven that commercial and critical success is possible without rehashing the same clichés. In doing so he challenges his contemporaries to follow suit. Because although Ocean’s success, and the support of Jay-Z, A$AP Rocky, Lil B, and Russell Simmons are boons for the genre, the real challenge for popular hip-hop is to see more reluctant artists like Lil Wayne and Chris Brown to do the same.