5. Young Marble Giants: Second only to veganism or perhaps a dogmatic study of astrology, ranking this overlooked Welsh trio above Elizabeth Fraser’s acrobatic soprano is assuredly the most efficient method of losing friends and alienating people. Colossal Youth, their sole album, is itself well-informed by loss and alienation. Alison Stratton’s hushed laments are sung so matter-of-factly that it’s difficult to resist the glimpse of female history she offers. The echoes and analogue hisses haunting this sparse record are just as telling as the 4/4 signature (lent by cassette tapes of a homemade drum machine) that pulses through the narrative landscape of the album, sometimes with ferocity, and at other times, like the dull throb of a migraine. 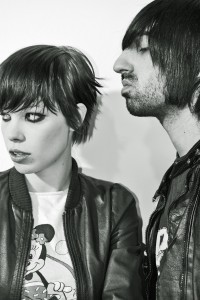 4. Crystal Castles: Despite owing much to the producer/female vocalist formula patented by the likes of Portishead (a combination which Grimes, among others, is attempting to dissolve), this Toronto duo is liberated from the pathos of their forebears. Although the band, and Alice Glass in particular, have become icons of hedonism and youthful recklessness, their aesthetic belies a wealth of technical intricacy. Their debut album is a pastiche of obnoxious 8-bit sampling and superfluous 808s. Unsurprisingly, the result is something approximating an Atari game on Ritalin. Glass’ cries take on the metallic sheen of her musical environment, so subsumed is her feminine energy in the pursuit of a serotonin high, a hypnagogic state. It’s a clever distillation of nostalgia and atavism; we are at once repelled and entranced by their ability to gut culture and lay it bare. 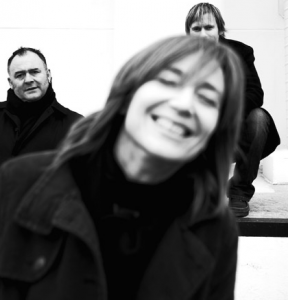 3. Portishead: As trip hop blended into popular consciousness, the repertoire of the female voice warmed to a discourse that hinted at a subterranean richness. It was a genre borne of sensuality, although the compositions were often caught in a tug-of-war between polarities: vibrato strings and grainy blues samples, precise percussive loops and Beth Gibbons’ fragile instrument (which is capable of cautious interrogation to near-triumphant scorn and everywhere else in between). In many ways, she internalised feminist rhetoric in order to disclose the minutiae of human feeling. Gibbons is not concerned with political explication, but rather the explication of an emotional order, and Dummy, the album that started it all, is an articulate motif — a life-like mannequin with painted mouth, a pacifier — for the lived reality and the felt reality which habitually act at cross-purposes. 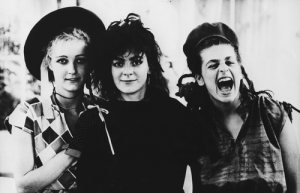 2. The Slits: Before there was Bikini Kill, or Sleater-Kinney, or photocopied zines about Bikini Kill or Sleater-Kinney, there was The Slits. The band had its origins in the incestuous London punk scene of the late ‘70s and was derived from members of The Castrators, and The Flowers of Romance, famous for its inclusion of Sid Vicious, as well as the fact they never played live or released any recorded material whatsoever. The Slits quickly improved upon this, supporting their good friend Joe Strummer and his band on two consecutive tours. Merging the reggae influence of The Clash, and the abrasive chaos of The Sex Pistols, The Slits were among the first to present the female voice in a parody of masculine aggression that occasionally bordered on violence. It was this power which riot grrl sought to reclaim. 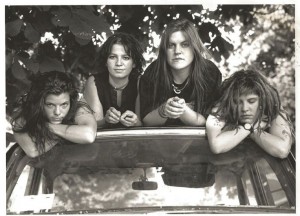 1. 7 Year Bitch: Responsible for M.I.A., a four-minute fuck-you that was both a eulogy and a call for vigilante justice, 7 Year Bitch will always be remembered for crafting an anthem for a generation of women empowered to work, to strike, to dress as they please, to date as they please, yet who remained powerless in the face of fundamental structural inequalities. When Selene Vigil demands to know in a snarl whether “society has justice for you?”, we listen, knowing the answer all too well.