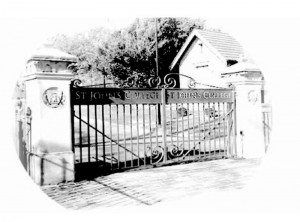 It begins… Union Board elections
The Gate can reveal the people most likely to run for Union Board this year and their campaign managers. For the Independents (the Voice bloc), Young National Kade Denton will be run by USU Campus Culture Director Penina Su, Tara Waniganayaka by current Board Director Hannah Morris, and Tim Matthews will be run by rising Indie star Liv Ronan. Tim is probably the most high-profile member of this group, having come nail-bitingly close to snatching the SRC presidency from NLS (Labor Left) in 2011.
Interestingly, Sydney University Liberal Club member Alexandra Brown looks set to run with the support of current Indie Board Director Karen Chau. The Libs may also select another candidate in the coming week.
NLS are yet to officially select their candidate(s), but the Gate understands that former SRC Women’s Officer Annabel Osborn is the overwhelming favourite. The right faction of the Labor Party on campus, Student Unity, are likely to run Robby Magyar, one of this year’s O-Week Directors, with backing from current Unity Board Director, John Harding-Easson.
Grassroots (a left wing group on campus) are likely to support Patrick Ward, as well as former Honi editor Bebe D’Souza. (Disclaimer: Bebe was the campaign manager for the current Honi editors.)
SUMSA separates men and women at BBQ
Last Wednesday the Sydney University Muslim Students Association held a barbecue near Manning with designated seating areas for men and women, which may conflict with Union and C&S policy on gender discrimination. The pricing structure and the promotional fliers indicate that SUMSA planned to apply for Union funding for the event (no member of the SUMSA executive responded to requests for clarification or comment). The C&S regulations stipulate that funding applications will not be processed for “any activities that discriminate based on sex.” A member of the Union Board told the Gate the issue  was “tricky,” and that the Union would be looking into the matter.
Hannah Smith, Women’s Officer for the SRC, said that they would not take a stance until they had contacted the women involved. While expressing personal disappointment, SRC Interfaith Officer Nathan Li said that “as long as this designation was not to the detriment of any members who attended and this designation did not prevent anyone who would have otherwise attended from attending,” the problem did not warrant the SRC’s attention. Travis McKenna, President of the Atheist Society, told the Gate that segregated seating “veils more subtle types of gender disparity with a discourse of ‘modesty’. We should not be content for the USU to fund events that clearly contravene its policies,” he said.