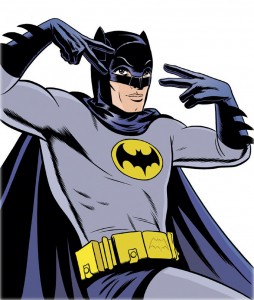 In the last few years we saw one of the biggest gambles in cinematic history. Marvel Studios, the film wing of the publishing giant Marvel comics, used five separate films to build up four individual comic book superheroes (being the Hulk, Iron Man, Thor and Captain America) in a shared film continuity before combining them into one super film, The Avengers. And it worked. The Avengers was a critical and more importantly financial success for Marvel. It turns out the idea of a complex comic book mythology incorporated into cinema, spanning multiple film series and character development arcs was not only possible but enormously popular. Now Marvel Comics is releasing sequels to the Iron Man, Thor and Captain America individual plotlines, before bringing them together again for another Avengers film in 2015. Under the auspices of the same director, Joss Whedon, and the same cast, the same success is essentially guaranteed. The business model of relying on a superhero team of a giant rage monster, a supersoldier, a billionaire in a tak-suit and an alien space god, is somehow working and will continue to produce immense success for Marvel for the near future.

Meanwhile, the historic rival of Marvel and home to the classic superheroes of Superman, Batman, Wonderwoman, the Flash etc., DC Comics, has been floundering in its cinematic endeavours. Owned by Warner Bros, who recently lost their Harry Potter cash cow, they have successively tried to replicate the Marvel success story by constructing a similar shared cinematic continuity, bringing together all their heavyweights in a rival Avengers superhero team: the Justice League. The problem is that after the lacklustre 2006 Superman Returns, the abysmal 2011 Green Lantern, a shelved Wonder Woman TV series and multiple aborted attempt to write a Justice League script, it’s clear Warner Bros. has no idea how to bring any of its comics to screen, except for Christopher Nolan’s Batman series. Now, any sort of hopes for a DC continuity are pinned on the upcoming Superman film Man of Steel, slated for release this year. If successful, it might prove to finally be the starting point for a Justice League film. If not, then Warner Bros is rumored to be pursuing Christian Bale for a return to the uber-realistic Batman of the Nolanverse, which while no doubt a welcome sight to some fans, is difficult to imagine the gravelly voiced crusader of New York – I mean Gotham – being on a team with a superpowered space alien from Krypton and an Amazonian princess, meaning that we might not see the Caped Crusader team up with the Man of Steel for some time.