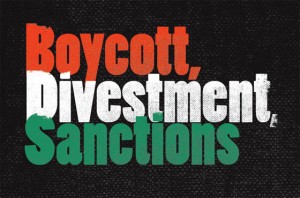 All eyes are on the SRC. According to The Australian, the goings on at the University of Sydney Students’ Representative Council (SRC) is the business of national news, keeping close tabs on the outcome of the BDS motion against Israel.

On April 10, the SRC passed a motion to support Academic Jake Lynch in joining the global ‘Boycott, Divestment and Sanctions’ movement against Israel,  supporting to liberation of Palestine. The issue is a complicated and emotionally charged one and the meeting followed suit; each side labeled the other ‘racist’, shouting matches reportedly broke out of a deeply personal nature. Not an uncommon or unfair representation of the Israel/Palestine debate.

The council’s decision made it into the April 16th Edition of The Australian under the loaded headline ‘Jewish students slam council over ‘pet’ BDS’. It was national news that the SRC was anti-Israel. Weeks later, on the eve of the next scheduled SRC meeting, The Australian published a follow up, “Anti-BDS move at Sydney Uni tipped to fail”, which revealed that despite the proposed “fuzzy pro-peace” motion, it would probably lose out because of “power blocs”.

Why they chose to run these pieces is somewhat of a mystery considering that – upon last checking – the SRC does not affect global affairs and that it is without a doubt not the first student body to cast itself as the foot soldiers of world peace.

Perhaps it was for these very reasons that they did run the story.  The Australian was able to confirm all of the worst things that can be thought about student politics. That they are plagued by petty alliances, mis-information and ‘pet projects’, that it is full of “unrepresentative ideologues”. But if student politicians aren’t allowed to be idealistic, then what can we expect the leaders of tomorrow to look like?