Most of my earliest childhood memories are of video games. I’m not ashamed of it – I am Generation Y, after all, and these things are to be expected; and it’s not as if I don’t remember being in the backyard or playing cricket, they’re just not as vivid, or significant.

Specifically, I remember playing The Legend of Zelda: Ocarina of Time. I remember exploring a world, intricately (at the time) detailed, lush and wonderful, strange, puzzling, and unpredictable. Ocarina of Time was that huge adventure for kids that lived in pigeon-shit stained flats, not in houses surrounded by wilderness; it was the place both of discovery and introspection for kids who didn’t have the backyard or wood or father to build a tree house.

I am probably indebted to that game for my persistent curiosity, but I could also blame it for the dissatisfaction I felt from The Real World. The Real World was explored – it was done, over, finished. Yes, colonialism: but there was still something so romantic and inspiring – and long gone – of the traveller who would meet new groups of people, experience new languages and foods and cultures. Islands of people who had never seen an outsider in their life – this was all gone in a new age of globalism and globalisation.

When I’m on a train, I can move between spaces in hours, not in lifetimes as it once was. But I never felt that sublime feeling of discovery and freedom.

When I’m on a train, I can move between spaces in hours, not in lifetimes as it once was. But I never felt that sublime feeling of discovery and freedom. I would see flashes of buildings in front of me, significant feats, but still the monotonous lull of modernity, industrialisation, and civilisation.

Discovery was no longer a triumph of will, but of how many Wikipedia hyperlinks you could click before you got bored, or before you inevitably end up on ‘Philosophy’. There’s no shame in such discovery, and yes, I was grateful to have the Entire History of The World at my fingertips, but nothing moved in me. Instead, I would learn formulaically; I knew I was learning, and I did, and it was ceaseless and it worked like a machine, but it was a machine, cold and lifeless. 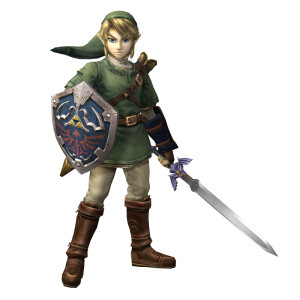 New Zealand is where everything changed, I think. I was meant to go when I was much younger, but a bad pumpkin soup and a long night in the bathroom meant otherwise. When we finally went, the whole family and I, I was less than impressed by the itinerary: 6am starts, car trips from A to B to C, looking at the scenery.

But it was there that I discovered how nature could catalyse a new sense of the world. Staring at the mountains, glaciers, fjords, and lakes that looked like seas, I felt that chill that runs down your spine when you ultimately realise how small and off-centre you are to the universe, how Coleridge and Shelley felt when they wrote. I felt it again looking at elderly trees in Stanley Park, and again when gazing at the expanse of sand dunes in Giza. In retrospect, it was how I felt in Mecca when I slept on rocks and looked, for the first time ever, at a sky blazing with stars – not religious ecstasy, but communion with land and air.

This is what drives the environment movement; this is what drives people to chain themselves to ancient trees, to lock-on to bulldozers threatening to eradicate heritage sites, to risk their lives climbing enormous mountains, to bomb factories and mills. Some models of intelligence and personality designate affinity with nature as a unique sense some people possess. Another hypothesis – the biophilia hypothesis – contends that all human beings have an innate desire to engage with other living creatures, that it helps them understand their ‘place’ in the (eco)system of things. But it lies dormant within us, yearning to be unlocked by something special waiting for us in the world.

(Maybe some people are exceptions to this, those who can never realise the sublime beauty of the natural world, the people who direct the bulldozers and cranes and loggers against the obstacle to Progress that is God’s Green Earth…)

This is a radical proposition for the conservation of the environment: that it has an innate value to humans beyond production and consumption. It’s not just in the abstract conception of the environment, but the engagement with nature in a physical and intimate sense. Google Earth is amazing, but there’s something remarkably different about seeing Uluru from a computer, and facing off with it in the red dust; it’s one thing to read Moby Dick, and another to feel “nothing but the blanket between you and your snugness and the cold of the outer air [where] you lie like the one warm spark in the heart of an arctic crystal”. This isn’t to downplay these other experiences, but to highlight the fragility of nature, that texts and technology are ‘permanent’ but that we are on the verge of annihilating the environment and the unique understandings it provides.

In my darkest of moments, when I can smell the impending doom of climate change, outer space is there as a saving grace. But space should not be the final reserve of the human race, but an extension of our inquisitiveness. There is no bliss in being forced to go somewhere, as asylum seekers can attest to.

In my darkest of moments, when I can smell the impending doom of climate change, outer space is there as a saving grace.

Hear me out: the inspiration one feels from immersion in nature parallels space exploration. Like art, there is an inherent value in space, one that surpasses the potential economic and military benefits; in fact, space should be treated as we treat Antarctica and national parks, with reverence and commonality – demilitarised and non-commoditised.

Space is the final frontier, and just as engrossing ourselves in forests, mountains, or oceans shows us a bit more of the nature and origin of life, so does space. It’s encapsulated in an old Serbian proverb: be humble for you are made of earth, be noble for you are made of stars. How it must have felt to hear the moon landing on the radio, and how much more infinitely special was the feeling to actually land on the moon, a whole new entity in space, Earthless.

We must be wary of the mistakes of the past, of colonising space and the using this power over lesser-developed nations. But in my most bleeding and liberal of hearts, I believe that space travel – just like the explorations of my childhood – can transform us from curious to enlightened, from immaturity to maturity, that it can bring meaning to our lives as a single species. I think of the messages to the Apollo 11 astronauts, in particular the message from Félix Houphouët-Boigny, President of Côte d’Ivoire:

At the moment when man’s oldest dream is becoming a reality, I am very thankful for NASA’s kind attention in offering me the services of the first human messenger to set foot on the Moon and carry the words of the Ivory Coast. I would hope that when this passenger from the sky leaves man’s imprint on lunar soil, he will feel how proud we are to belong to the generation which has accomplished this feat.

I hope also that he would tell the Moon how beautiful it is when it illuminates the nights of the Ivory Coast. I especially wish that he would turn towards our planet Earth and cry out how insignificant the problems which torture men are, when viewed from up there.

May his word, descending from the sky, find in the Cosmos the force and light which will permit him to convince humanity of the beauty of progress in brotherhood and peace.

When I read this, I feel like a child again, thrilled by the wonderment of a new world, of new destinations, of new things to discover so I can grow and grow and learn and learn and emerge from my earthbound limitations. It’s one thing to see a tree, and another to climb it; it’s one thing to stargaze, and another to float by them. Space won’t be a spiritual awakening, or a nirvana or heaven, but a new stage in the enduring, everlasting, ageless, deathless search for meaning in and by humanity.