The ANU College of Arts and Social Sciences (CASS) has made an executive decision to phase out tutorials. 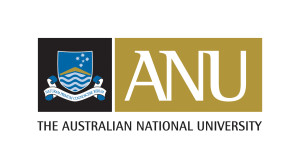 In an email titled “CASS Education: Course Delivery”, CASS announced that it would “move to different delivery models” in some of its courses to large interactive workshops and forums, which would “combine the delivery of lectures and group problem based learning in 2000- and 3000-level courses.”

The college also suggested that students would be supported in their learning by “one-on-one meetings with CASS educational developers and educational technologists.”

At present, it is unknown if this policy includes tutorials for language courses. The college also clarified that face-to-face hours would not decline and both staff and students would have opportunities for “one-on-one support”.

Whether or not there is a link between these cuts and the recent Federal Budget Cuts to tertiary education remains unclear.  This announcement, however, does also come in light of the recent re-structuring of the School of Cultural Inquiry, suggesting that CASS is indeed in a state of flux at present.

The college states that the decision was made after the approach was trialled by the popular and commended lecturer John Minns and addressed in an open discussion format by the now departed lecturer Ben Wellings.  Woroni is aware that certain courses in Anthropology have also begun trialling this system this year.

From the facts available at present, it is also uncertain whether this transition will involve job losses amongst the college staff, especially for PhD students who comprise a large number of tutoring jobs at the university.  CASS’s email also indicated that there would be a student forum discussing the tutorial cuts in coming weeks, although more precise details were not provided.

Woroni is currently investigating this issue further, and will be releasing a more detailed report in coming days.