Almost the entire first year microeconomics course could be pretty easily taught by answering the simple question “Why are ecstasy pills more expensive in Australia than Europe?” In 2011, the mean retail cost of E across Europe was between €4 (the Netherlands) and €17 (Italy) per pill. By contrast, the wholesale price in Australia was, on average, US$25 344 per 1000 tablets, with users in Sydney accustomed to paying AU$30-40 and Western Australians facing $50-60 price tags on a pill. 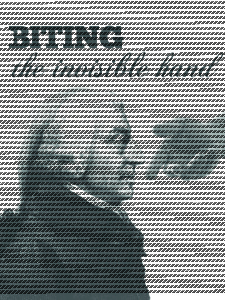 The question is more interesting than for drugs like cocaine or heroin, for which the ingredients are readily identifiable. In those cases, drug traffickers, as rational agents, demand more compensation given the heightened risk of getting caught in a country with well-enforced customs laws like ours.

On the other hand, methylenedioxymethylamphetamine or MDMA, the drug that gives you ecstasy, is made from a far less regulated plant (the sassafras tree) used in aromatherapy oils, insecticide and formerly, root beer. Although it lays claim to a younger, wealthier and predominantly white demographic of users, the MDMA production process is similar to that of crystal meth. And like meth, even though some production in Australia and Indonesia is emerging, the Netherlands (which is to ecstasy what Colombia is to cocaine) will always be natural home of MDMA.

The answer, then, lies in a number of economic facts about northern Europe which collectively mean that no matter how much demand in Australia grows, supply will always be capped at how much can make its way from the Netherlands and Belgium. The first fact is that two of the largest smuggling centres in the world, the super-ports of Antwerp and Rotterdam, import the key element of the sassafras plant, PMK, mostly from China and Russia. The ease of corrupting officials and the volume of legitimate trade through these ports give the Netherlands and Belgium a comparative advantage.

Moreover, the economic theory of firms suggests that where producing a good has large fixed costs (expenses that do not depend on the volume of production) relative to per-unit marginal costs, few producers will account for most of the market. Because establishing international drug networks and bribing officials are not dependent on scale, this sort of market concentration is to be expected.

Academic research has also shown consistently that Dutch organised crime is amongst the most efficient in the world. Gangs are business-oriented and less subject to the transaction costs of territorialism or pyramidal structures. This is partially due to the country’s marijuana legalisation which has injected an entrepreneurial and competitive spirit into the drug market. A number of high-profile Israeli drug businessmen have been responsible for this phenomenon as well.

The history of northern European party drug use means that those countries will always have a first mover advantage in making them cheaply. Until the dominance of the European drug market wanes, Australia is economically better off facing the costs of importation than the costs of domestic production, both costs that Europeans avoid.

Next time you’re at a party and someone’s complaining that they can’t afford a pill, just make their night more fun by explaining the economics.