As terrible as those 90s chain emails were, they did add a little something to your inbox. I was the first to send them around in an attempt to claim that $1,000,000 the Nigerian Prince was trying to get to me. It is this personality and silliness that our 2013 Internet is severely lacking. In many ways, we grew up as the Internet did – the Internet has now become a moody 20-something, with a focus on a small number of sites dedicated to sharing the minutiae of our lives. It has lost any interest in fun or novelty, lost interest in videos solely focused on dancing babies or badgers and it has lost what made it exciting along with that. The Internet we currently know is a cold, dark place and in many ways we are less connected than ever.

Compare our current situation to the old Internet, the one we all grew up with. That nostalgic Internet only accessible by waiting a good ten minutes for your dial up to connect. Those were the days where instead of instantly checking if there were any more likes on that picture I just posted, I used to check Neopets. Countless hours were spent playing really bad flash games in the hope of one day having enough neopoints to afford a Baby Paintbrush to paint my JubJub. It was an age of innocence, an age of exploration. It seemed that each person discovered something different, be it an obsession with Runescape (I did some serious mining back in ’04) or making your way up the social ladder of Habbo Hotel. 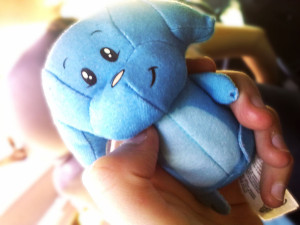 On top of losing this era of kitsch innocence, the way we connect with one another through the Internet has changed significantly. There was a point way back when, where the Internet seemed like it could nearly offer an Enlightenment-style answer for everything. The proliferation of the Internet marked an unprecedented capacity for global interconnectivity. But now as I sit at my computer the Internet is so evolved it’s just trying to get me to meet people I’ve already met and chat with X amount of people I’ve already spoken to today. I have to admit there is some part of me that misses being asked the classic “ASL?” and giving the stock standard answer 18/F/Cali – while we talk about that new video we just watched on funnyjunk.com. It wasn’t particularly safe, but it was undeniably fun.

Before Facebook chat helped monopolize social networking, we sent nudges on MSN to people with screen names like “<3 h@nn@h <3.” But from April 8th this year, any troopers remaining on what is now called ‘Windows Live Messenger’ will be forced to migrate to Skype. MSN will find itself joining the likes of Myspace and Bebo in the Internet Graveyard. Goodnight sweet prince.

Sure we still have avenues to connect with people all around the world, but it just doesn’t seem like many people are that interested anymore. And let’s be honest that can probably be attributed to the fact that Chatroulette is really just a whole heap of penises. But there is a glimmer of hope, just as Snapchat has facilitated the sharing of drunk selfies to people you haven’t spoken to since Year 6 Graduation, the next big thing could be just around the corner. Yet I think we can all agree – it still won’t have  anything on Ask Jeeves.