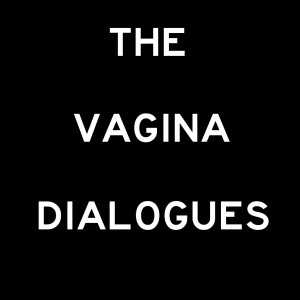 Eighteen vulvas. All belong to women of Sydney Uni. Why are they on the cover of Honi Soit?

The vaginas on the cover are not sexual. We are not always sexual. The vagina should and can be depicted in a non-sexual way – it’s just another body part. “Look at your hand, then look at your vagina,” said one participant in the project. “Can we really be so naïve to believe our vaginas the dirtiest, sexiest parts of our body?”

We refuse to manipulate our bodies to conform to your expectations of beauty. How often do you see an ungroomed vulva in an advertisement, a sex scene, or in a porno? Depictions of female genitalia in culture provide unrealistic images that most women are unable to live up to.  “Beautiful vaginas are depicted as soft, hairless, and white. The reality is that my vagina is dark and hairy, and when it isn’t it is pinkish and prickly,” said one of the participants in the project. We believe that the fact that more than 1200 Australian women a year get labioplasty is a symptom of a serious problem. How can society both refuse to look at our body part, call it offensive, and then demand it look a certain way?

We want to feel normal; we don’t want to feel fearful when we have a first sexual counter with a partner who may judge us because of our vaginas. That fear was replicated during our photo shoot. “Just before getting the picture taken the little voice in my head was doing the whole ‘why didn’t you landscape?’ thing,” said one woman. This sentiment was shared by most people in the project – we felt a pressure to present our vaginas to the world in a way that the audience would be ‘comfortable’ with. But this cover is intended to reassure other women. Take comfort form the fact that everyone’s vagina is different, and that everyone’s is normal.

There was a selfish element to this cover. The participants have benefited from a sense of liberation. “It was a big ‘fuck you’ to all of the ideals, all of the shame, all of the hurtful lies that we are told about ourselves day in and day out,” summarised one woman.

All the women on the cover have been unified through their experience, but so is every other person that is able to defeat any negative feelings they have towards their own or another vagina. As one participant put it: “When it comes down to it, my vagina is just another part of my body, which can be viewed in a number of different ways, but the majority of the time is completely neutral, just like my mouth or my hands. It is not something to be ashamed of; it is not my dirty secret.”

It’s telling that the women who participated in the creation of this cover found the experience to be liberating. It’s because we need liberation. Just before we went to print, we were told that our cover was illegal, possibly criminal. But why? According to the SRC’s legal advice, this publication might be “obscene” or “indecent”, likely to cause offence to a “reasonable adult”. But what is offensive or obscene about a body part that over half of the Australian population have? Why can’t we talk about it – why can’t we see it? Why is that penises are scrawled in graffiti all around the world, but we can’t bear to look at vaginas?

Art exhibitions over the last few decades have attempted to break down the stigma attached to the vagina by bringing its realistic depiction into the public sphere, most recently in Redfern. But the audience must first choose to go to the exhibition. By distributing this cover about the University, we have given our audience no choice. Either accept vaginas as normal, non-threatening, and not disgusting, or explain why you can’t.

Here they are, flaps and all. Don’t you dare tell me my body offends you.

We acknowledge that the notion of vaginas pertaining exclusively to women is a very cisgendered conception of anatomy and identity. While vaginas often belong to cisgender women, this is not always the case. What we are discussing here is the experience of having a vagina, in an ungendered way. This experience is different for everyone. The term “cisgender” refers to the gender identity of individuals whose birth-assigned gender is in alignment with their current gender identity.