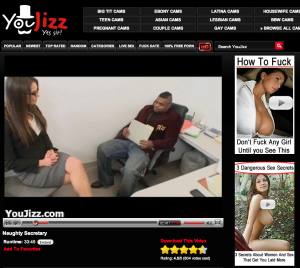 My friend picked the video for me. It lasts 33 minutes and 45 seconds, which is far longer than I expected. It’s a stellar bit of interracial pornography hosted by youjizz.com and featuring an actress by my mother’s name. When I texted her to let her know she shared her name with a porn star, she replied: “That was me a couple of years ago.” It was funny, but also quite weird because it means I’m thinking of her as I watch the video. I wonder what the actress’ mother would think if she saw her daughter baying like a cow as she gets fucked for half an hour by a giant black dick. I also think about how my mother would feel if she was watching me watch this film – either appalled or amused, but I can’t decide which. 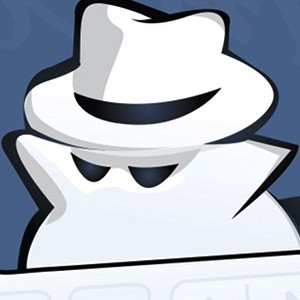 Overwhelmingly, the video remains boring, even when everything is climaxing. I would honestly much rather sit on Facebook, pressing refresh, than watch more stuff like this. I think Game of Thrones is more titillating. I’m torn between two interpretations: I’m just not that sexual a human, or the sex I have is just way better than this weird “this tight pink pussy has been a very bad pussy” shit. I know I’ve already said that I don’t orgasm during sex but I still enjoy it. I don’t need to feel bad about myself just because I don’t like a stupid video. Only once have I had sex with someone who was basically a stranger, and I can’t really remember it – the other times have been with people I was either in love with or affectionate towards. Sex that doesn’t end with a whispered “I love you” is alien to me and seems more like an exercise in endurance than a fun activity. I would never ask someone to cum on my glasses. For one, I don’t wear any so that would just be my eyes, but I’d also just rather my partner cum inside me. There’s something beautiful about that.