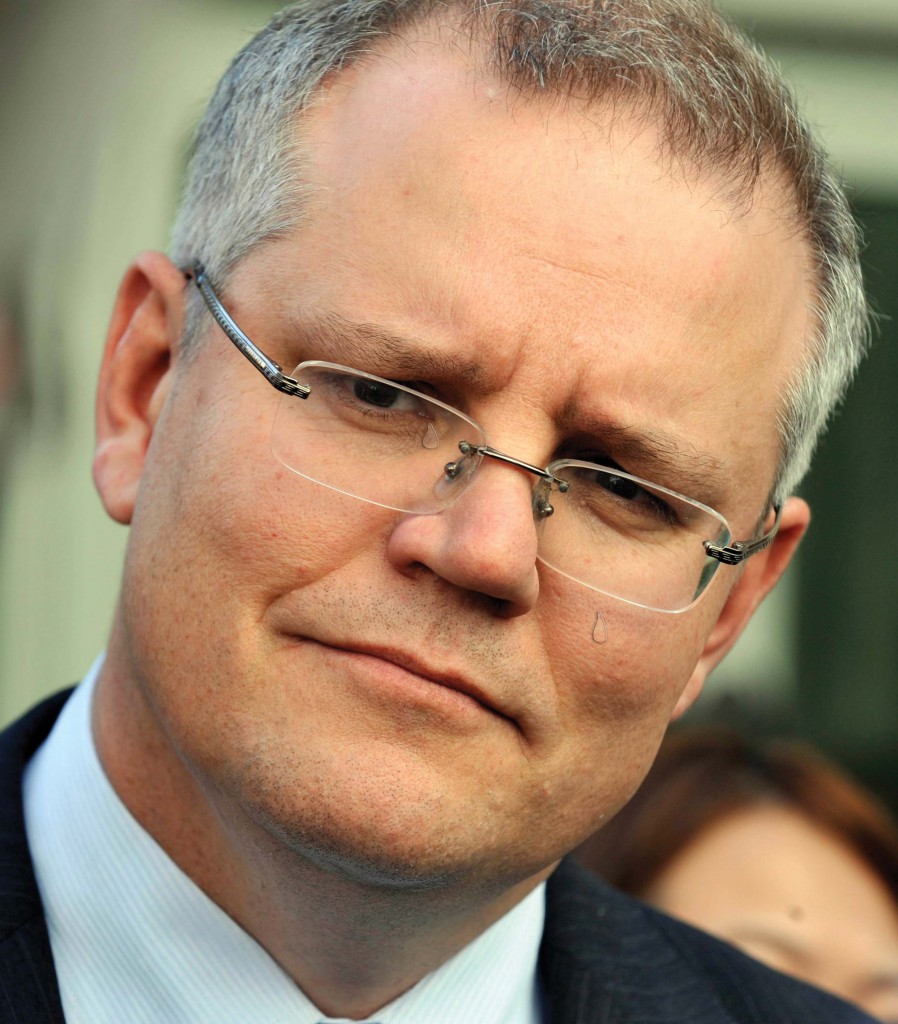 In a week where Immigration Minister Scott Morrison has come under fire for mandating that Canberra bureaucrats refer to asylum seekers as “illegals” (except those from Asia, who must be referred to as “yellows”) and for renaming the Department of Immigration ‘the Department of Preventing a Full-Scale Invasion’, Morrison is battling another front at home.

A source close to the Morrison family told The Soin that the reason for the marital difficulties between Morrison and his wife of two decades, Jenny, was a complete breakdown of communication between the Minister and his wife.

“When she asks him for the remote, he just responds ‘no comment’. She said that when she asked him to pass the salt the other night, he snapped at her, saying angrily, ‘I can’t comment due to ongoing legal proceedings.’

“Sometimes when she asks him how his day is going he sticks his fingers in his ears and hums.”

His children are also reportedly upset at how all pocket money seems to have dried up recently, with Morrison citing a need to break this “business model” for his stinginess.

When asked in a doorstop interview how his marriage was going, he replied: “Look, I like to call a spade a spade, so here’s your answer. My matrimony is an issue of non-disclosure on the publicly available record.”