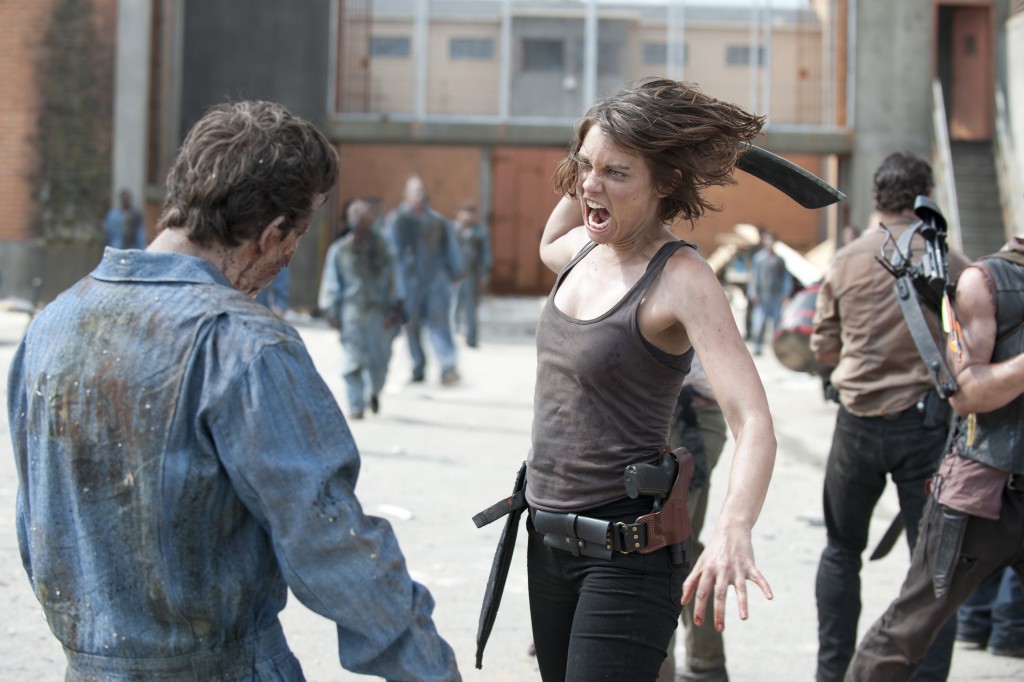 Carl is a kid, and no one wants to say, “hey, I want that kid to die.” Except me. I definitely want that kid to die. He’s spent the series alternately being a nuisance to the group and playing cold blooded killer. Even his own parents never seemed to like him all that much, so why should we?

These guys are basically cannon fodder. We don’t have to get to know them, which means we can enjoy their gruesome deaths guilt free. Think intestines getting ripped out and faces getting eaten. I mean we watch the show primarily to see people die horribly right? Please tell me I’m not alone here.

A while ago I could have put Carol on this list for being extremely useless and boring. She’s really developed as a character lately, however, and this will be her undoing. This show loves to kill characters off as soon as they start doing something interesting, and Carol’s secret knife lessons with the kids are damn interesting.

What’s the deal with Hershel? He positions himself as a Dale-like moral centre to the group, but a) he doesn’t even have a bucket hat, and b) no one cares what he has to say. In my house, when we think someone’s about to die we say, “he’s gonna get it!” and I’ve just started doing that every time Hershel is on screen, hoping I can will it to happen.

I can hear you saying, “But Rick is the main character of the show! He’s the hero!” But that’s exactly why he needs to die. If Rick is gone we’re going to see competition for leadership of the group and a massive shift in the group’s dynamics. Plus, we won’t have to look at his weird face all the time – why is he always so sweaty?