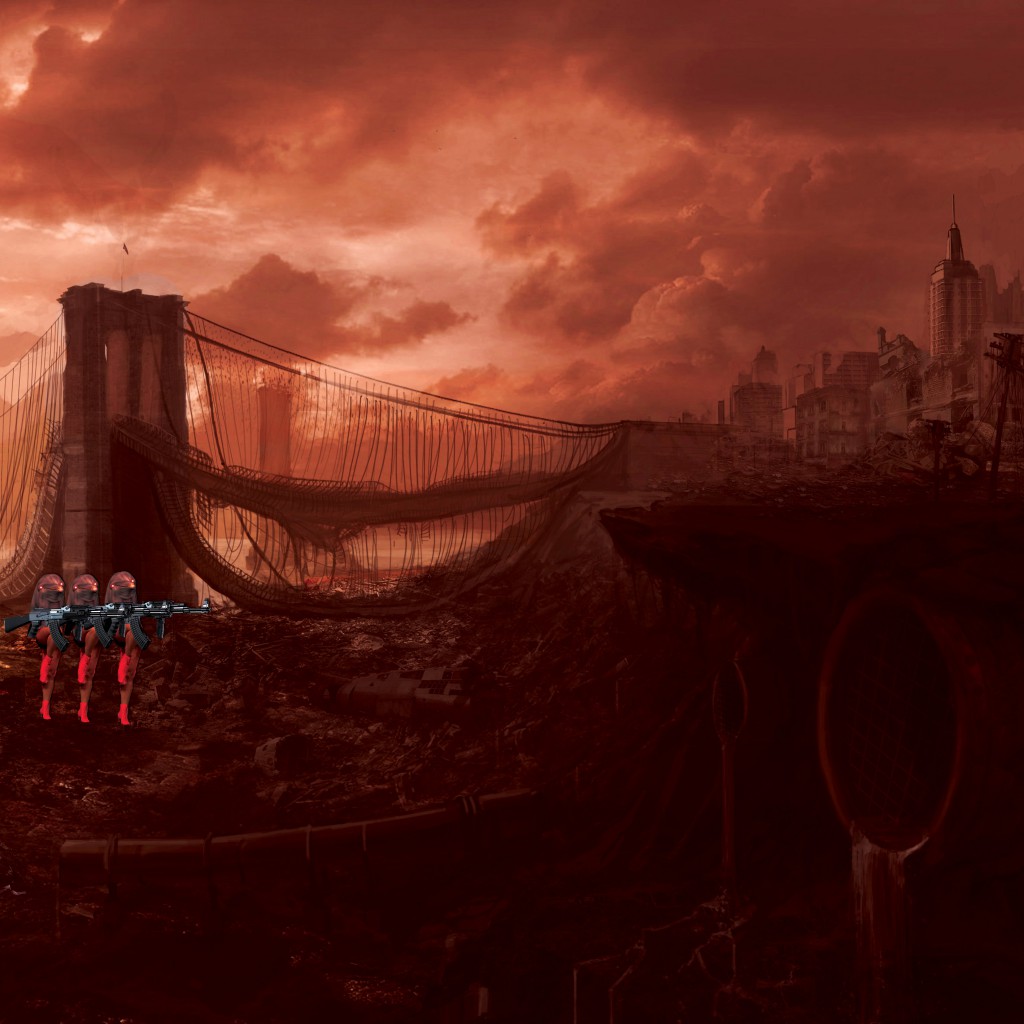 The General Assembly of the United Nations has today declared that it is a good day to cancel your plans and stay at home with your family. Following the recent colonisation of America by the fish people of Kepler 62-F, most members agreed that the best course of action would be to curl up under a table.

The fish people arrived last week via light-speed teleportation. The United States was conquered on Tuesday evening. When Honi received confirmation regarding the hostilities, I proposed to my girlfriend of two years. I hope we’re happy as long as we live.

New York City was overrun within the first hour. The death toll is uncertain but a reasonable estimate would be in the hundred thousands. Many more have been taken captive.

Dr Arthur Mahmoud of the nascent Australasian Organisation for Piscine Dissent (AOPD) – which researches effective ways to protect the people we care for – told Honi that New York was the prime target for invasion, haven’t you seen the films. “It was immediately set up as their base of operations,” he said. Honi has always wanted to climb the Statue of Liberty and now it can’t. Washington D.C. fell early the next day.

Humanity has not made contact with the fish forces. Their ultimate goal is, as yet, unclear. Honi instead received an email from my brother, who lived in what was once Connecticut. He saw the smoke. He saw a great monument being built but could not make out details given the distance. He asked if I was OK and wished we had been closer when we were growing up. He said the city was desolate, that there was no wind.

Some breakthroughs have been made regarding the fish people’s physical weaknesses and the collective human effort to combat their threat. The AOPD has released information regarding their genetic testing on flounders, a distant cousin of the fish people. “With the right approach, we can avert disaster,” Dr Mahmoud told Honi, “Flounders, and fish people by extension, are naturally susceptible to

NOTHING. There is no HOPE. Do not RESIST. The fish people of Kepler 62-F are stronger than humans & also faster & can breathe underwater and can see through walls. All the armies of this world COMBINED and TRIPLED cannot stop the fish people. You are a FLESHY & stupid mortal. The fish people DO NOT DIE and they are INCREDIBLE lovers. GLORY – eternal GLORY – to the FISH EMPIRE. May it outlast the fire of the SUN.