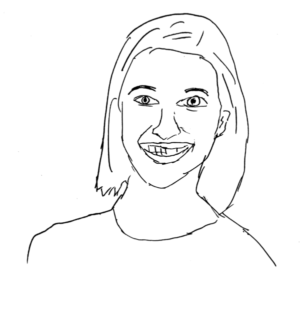 For the first time in many years, Georgia Mantle and Grassroots find themselves as the insiders in a presidential race. The elevator pitch for Mantle, one of the two current SRC General Secretaries (think Treasurer with a dash of second-in-command) and Indigenous Officer, is one of experience.

She peppered her responses with the institutional, corridors-of-power language of SRC bureaucracy – showboating competence without sparking inspiration. Even in purely hypothetical questions about budget cuts, she name-dropped obscure facts about staff contracts (“enterprise bargaining agreement” ahoy!).

Even in damage control – explaining a team member’s now-aborted policy to make untrained students provide mental health support – she highlighted her own historical experience. “I explained to her why, in the past, we’ve had issues with that,” she told us. Every difficult question we gave Mantle was dealt with without a fumble, even if it wasn’t really answered. She promised to have a “more active presence” than current President and factional rival Chloe Smith, committing to full-time office hours of 9 to 5 if elected. In a pointed reference to both Smith and rival candidate Isabella Brook, she promised to not work another job her whole term. “It’s paid a full-time wage and that’s the job. I’ll be here. Even earlier if need be.”

Where the cracks show are when Mantle is forced to defend views she doesn’t really hold, where political expediency and the grubbiness of alliance show up. She couldn’t seem to bring herself to say, “Look, I just had to cut a deal”, and in the empty spaces, cognitive dissonance flourished.

Her policy around the National Union of Students was hypocritical. She accused it of “financial mismanagement”, but refused to cut a cent of its funding, which seems to imply our money is going to be actively wasted. She waved away concerns that her alliance with Socialist Alternative (who have been routinely sanctioned for aggression and intimidation) would encourage their problematic tactics. “At the end of the day, they’re their own people,” she said, which is just a polite way of saying that the ends justify the means. On these issues she is a compromiser who risks leaving some purists from the Grassroots base unfulfilled.

On NUS she simply committed to “making my voice very clear about the changes that need to be made”, which is a noticeably centrist, change-from-within approach. And in the end, her policies are as vague as anyone’s. Mantle couldn’t provide numbers in her pitch for a refugee scholarship program. Her environmental policy, despite it being one of her three campaign buzzwords, was noticeably lacking. The vast majority of Mantle’s policies aim to lobby other institutions, like the University, on how they should use their resources and power, rather than changing how the SRC uses its own.

By her own admission, the agenda is pretty much external (“This organisation works quite well”). Compared to the last successful Grassroots presidential campaign, Kyol Blakeney in 2014, Mantle’s is less of an energetic, revitalising message. The SRC is doing well, NUS will stay the same. It’s an appeal to experience and lobbying rather than reform, which leaves both sides sort of saying the same thing. We’re yet to see how she differentiates.

Watch our interview with Georgia Mantle: 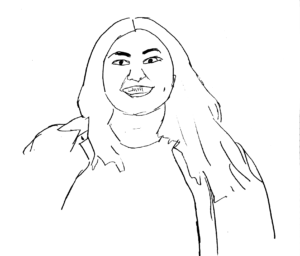 STAND UP FOR SRC

National Labor Students’ Isabella Brook is hoping to be the latest in a long line of Labor women (including incumbent Chloe Smith) who have held the SRC presidency. As a current Welfare Officer and member of the General Executive, she has experience with the SRC, though readily acknowledged her opponent’s institutional knowledge is probably superior, as reflected in our quiz results.

Brook rightly noted the president’s role is substantially different to roles either candidate has held thus far, but cited her past record working with similar institutions as evidence that she can capably adapt to the job. As a Welfare Officer, she said she helped organise events raising the profile of the SRC. However, she readily admitted that some of her planned events didn’t eventuate because she and her co-Welfare Officer “both got jobs and then weren’t able to be on campus to do things”.

For voters worried about commitment levels, Brook was unable to confirm that she would be in the office 9 to 5 every day, but promised she wouldn’t “work to the point where it impedes my ability to do the job”. Her faction’s past record is also somewhat contentious. When asked exactly how instrumental the SRC was in achieving 24-hour libraries (a policy change her Stand Up team takes credit for), Brook said “to be honest I’m not entirely sure”. She nonetheless felt Stand Up was justified in taking credit because “you claim wins off whether things happen” – a somewhat flawed sense of causality which makes it hard to assess whether anything meaningful is ever actually done.

Also concerning was her stance on her role as Director of Student Publications. She admitted that she would give close friends a “heads up” if they were about to be criticised in a forthcoming Honi article, though she conceded that it might hamper editors’ ability to freely report without being harassed, and openly wondered if it was against the rules.

Brook dealt surprisingly well with questions about her close cooperation with Liberals, including chosen Vice-President Ed McCann. Despite the obvious hypocrisy of a Lib-Lab coalition, the answers she gave were as logically consistent as you can expect spin to be, suggesting that as “the best people to be running the SRC”, it was natural for Stand Up to draw a broad base of support. A Liberal voice on SRC Executive wouldn’t open the floodgates, Brook argued, unlike in the early 2010s when they tried to remove the Acknowledgement of Country. “The SRC doesn’t fall and rise on the back of one person, and I have a strong commitment to not let stuff like that happen”.

Brook was vague on the specifics of policy, though this was true of both candidates. When asked what “saying no to $100k degrees” would entail, she suggested “working more broadly with the NUS”. She was unable to name specific areas of the SRC where she would make budget cuts if required, saying she would “take a little bit from here and there”. While she acknowledged this was a “non-answer”, her uncertainty raises questions about whether she can bring a strong vision to the organisation.

Brook is inoffensive, a bit bland; by her own admission a lot like current president Chloe Smith, except “more specific” about issues. Given her lack of specificity throughout our whole interview, good luck.

Watch our interview with Isabella Brook: