Today, hundreds of students protested at the University of Sydney in the wake of results from the AHRC survey into sexual harassment and assault in universities, which found that 1 in 5 students had been sexually harassed in a university setting.

The protest, organised by the National Union of Students (NUS) and women’s collectives across the state, called on university management to meet the demands of students and activists across the country who have been campaigning on the issue for years.

The women’s officers drew attention to the fact that, “Over the previous five years, over 575 complaints into sexual assault and harassment have been lodged at universities, and only six of these cases resulted in expulsion.”

A key criticism from student representatives this week has been that student activists knew of the severity of the problem for years, and that Universities Australia and university management took too long to act. 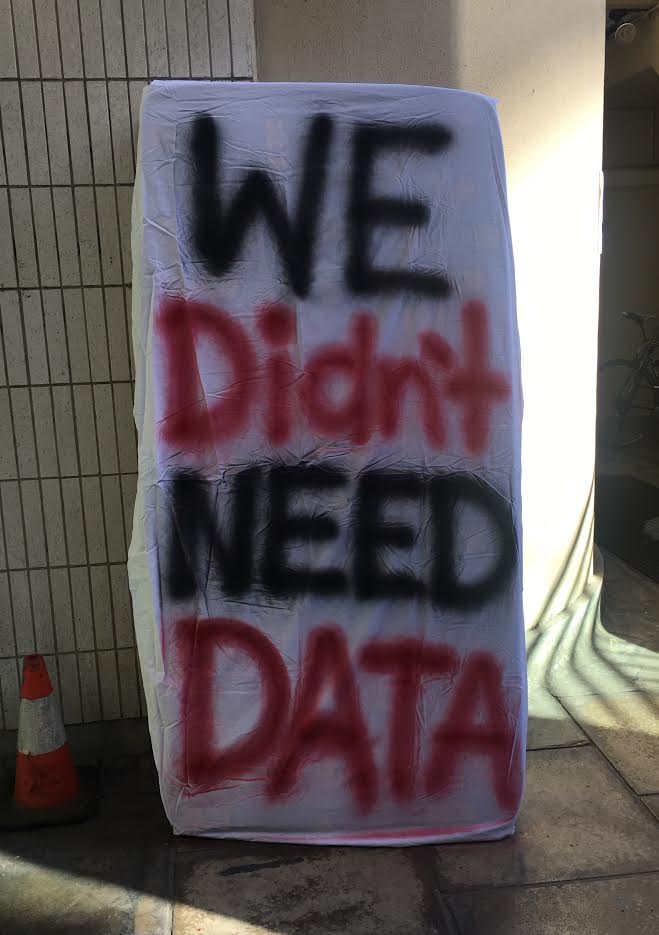 “We cannot let university managements use the report to pretend they’re at the forefront of institutional reform when, in reality, it’s the result of the hard work of survivors and feminist activists,” the students said.

“We must ensure that upon the report release, real change is made by universities to support survivors of sexual assault, punish the perpetrators, and prevent instances of gendered violence.”

This was key to the messaging of activists and students that spoke at the protest today.

“Out of all of these complaints, only 6 expulsions were made, and we wonder why we have a problem with underreporting” said NUS Women’s Officer Abby Stapleton. “We underreport because this is a culture of silence… because we don’t know how to access help, and because most of the time this help does not exist in a meaningful way.”

USyd SRC Co-Wom*n’s Officer Imogen Grant added, “we’re demanding change and we won’t stop until we get it”.

The protest then progressed to the University of Technology Sydney, where more speakers addressed the crowd.