Heat for Honi will edit this humble rag, Honi Soit, next year, leading the race against Mint for Honi with 1947 votes to 1137.

The final result is unsurprising, given Mint for Honi informally withdrew from the election on Sunday night.

However, they still managed to poll with only 10 fewer votes than last year’s Sin for Honi, which heavily contested the election.

This leaves 1169 votes as informal, compared with last year’s 137, reflecting the uncontested nature of the election this year.

All of their members have previously written for Honi, and Harriott and Rickert have directed and produced videos and podcasts respectively for Honi this year. 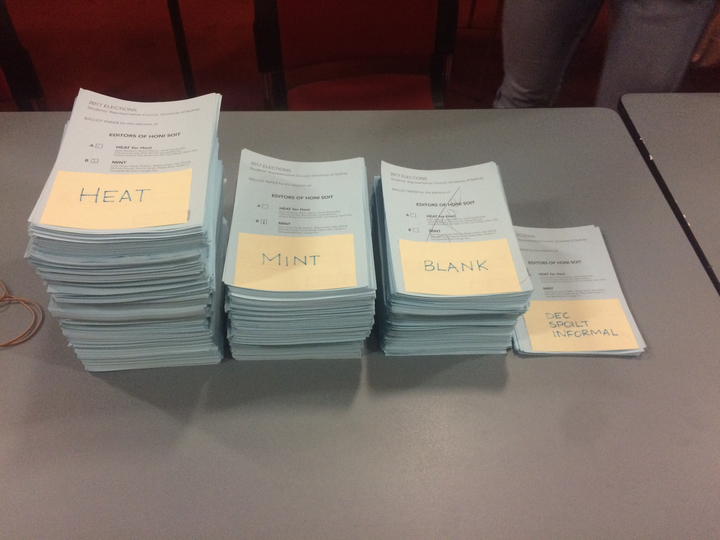 Correction: This article originally had the final vote counts as 1904 for Heat and 1116 for Mint.