Sydney University Radio Group (SURG) has been accused of plagiarism by a Sydney designer for their Welcome Week t-shirt designs.

The artist, Crystal Yiamkiati, was informed by a friend from the USyd, who sent her images of the shirts. The shirt design is similar to a design Yiamkiati produced for Melbourne recording artist, Japanese Wallpaper, who recently finished touring with Lily Allen on her Australian tour as a support act. 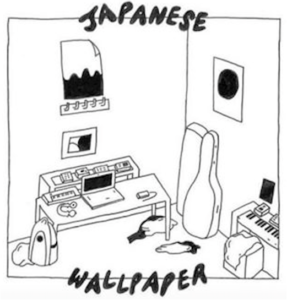 Yiamkiati described the incident in a series of Instagram stories on her personal account. According to her, upon being made aware of the situation, she promptly messaged the t-shirt designer, SURG Vice President, Deepa Alam (who had advertised both the shirts and herself as the designer via Instagram) in the hopes of resolving the situation.

Alam allegedly referred Yiamkiati to SURG President and 2019 Co-Welcome Week coordinator, Andrew Rickert. Rickert was apologetic in his response and told Yiamkiati that had he seen the two designs together, he would never have printed the shirts.

According to Yiamkiati’s Instagram stories, Alam admitted to drawing inspiration from Yiamkiati’s work and said that the two designs were “unfortunately similar.”

Yiamkiati alleges that, despite apologising, the SURG executive continued to sell the shirts for $15 at their stall 24 hours after they had been notified about the plagiarism on Tuesday. SURG President Andrew Rickert explained to Honi that the shirts were taken down by the end of Wednesday.

Yiamkiati spoke to the effect of the experience on her Instagram. “Plagiarism is not only hurtful, but has major consequences for both parties. It benefits no one.”

Communication between Yiamkiati and SURG is apparently ongoing. SURG President Andrew Rickert told Honi that the club are “working with Crystal to find a fair solution.”

SURG is yet to issue a public statement.