At 8 am on Tuesday morning, masses of protesters flocked to the gates of New South Wales (NSW) Parliament, as politicians readied themselves for a debate regarding the Reproductive Health Reform Bill 2019.

The bill, proposed by Independent MP Alex Greenwich, seeks to decriminalise abortion in NSW. Two separate rallies from both sides of the abortion debate – pro-life and pro-choice – were face to face, exchanging counter-chants and heated words back and forth. The initially mild confrontations escalated into yelling matches and bouts of physical intimidation on both sides, leading police to intervene as they attempted to separate the two rallies using orange traffic cones. 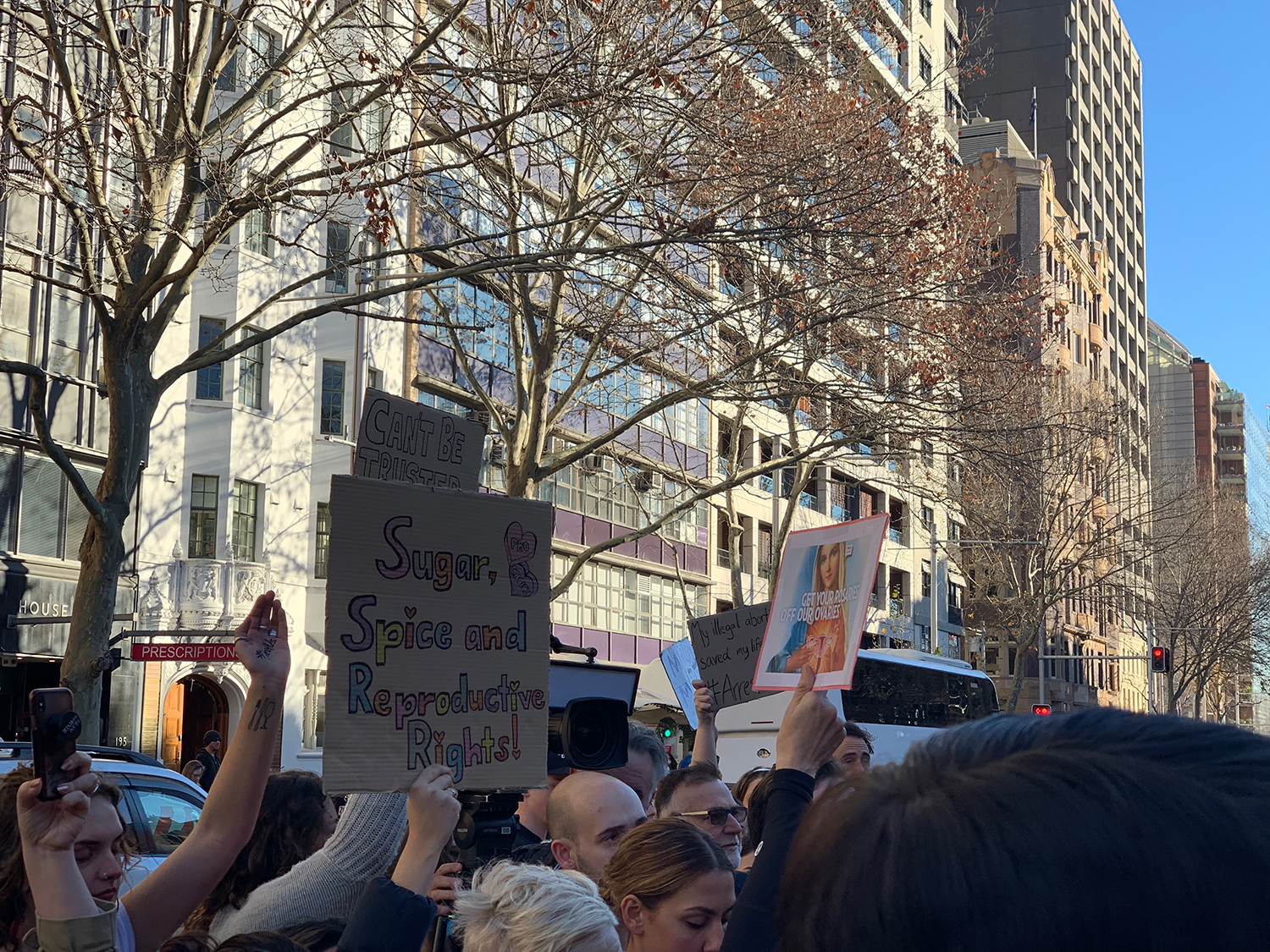 If passed, the Reproductive Health Reform Bill will overturn a 119-year-long criminalisation of abortion and institute a new healthcare act to regulate the process of abortion in NSW.

The bill proposes to allow abortion upon request up until 22 weeks of gestation. Thereafter, abortions would require the approval of two doctors, based on criteria assessing long-term physical, social and mental factors.

Speakers at the pro-choice rally included various representatives from organisations such as NSW Pro-Choice Alliance, Metropolitan Aboriginal Land Council, Australian Services Union NSW Branch, and Our Bodies, Our Choices. Additionally, there was resounding cross-party solidarity in favour of the bill, including MPS from The Greens, The Labor Party, The Liberal Party, the Animal Justice Party, and Independents.

“We will go inside and we will attempt to deliver what you started all those decades ago,” Leong pledged. “We will stand with regional women, with rural women, with women from non-English speaking backgrounds, Aboriginal women, and women from [all other] disadvantaged backgrounds to ensure that we don’t just pass this legislation and decriminalise abortion, that we actually move to see access to free legal abortions in this state.”

Leong drew attention to the often-neglected issue of trans and nonbinary erasure in the fight for women’s reproductive rights, “I am sorry that your voices, and your views, and your bodies have been somewhat erased by this. But please know that there are many of us that realise the struggles that continue for you. Please know that it is not acceptable you are erased in the struggle that we have for our freedoms and our rights, and we will stand with you every step of the way.” 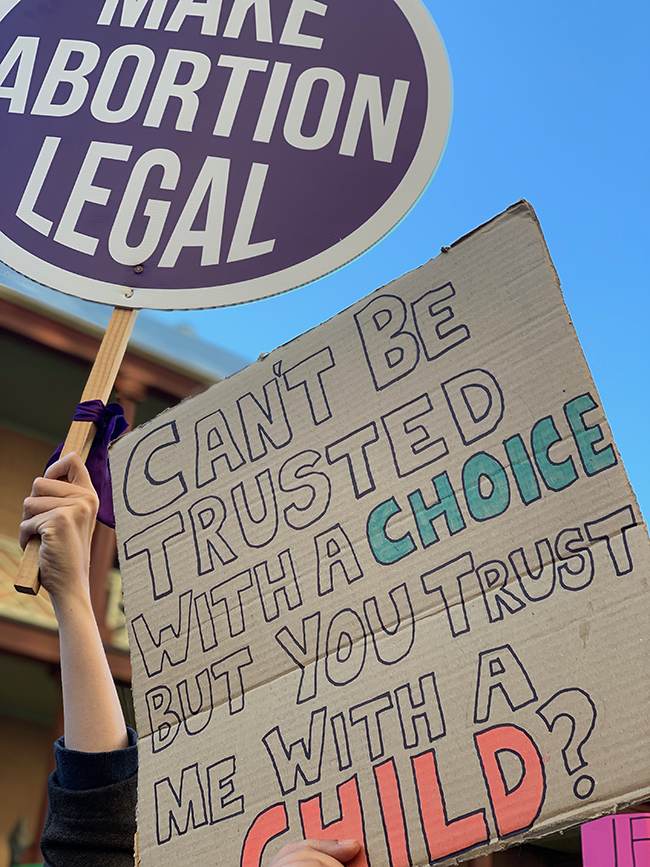 Greens Senator Mehreen Faruqi, who introduced the first abortion decriminalisation bill to NSW Parliament in 2017, was also present at the pro-choice rally. Addressing the pro-choice crowd, she said, “I do want to say my heartfelt thank you to the women and activists who fought for decades, literally decades, for the right to our bodily autonomy. Today we stand on their shoulders to consign NSW’s archaic abortion laws to the dustbin of history where they so rightly belong.”

Various activist groups were present in the pro-choice rally, including the University of Sydney Wom*n’s Collective, and could be heard rousing chants from the crowd, “Our bodies, our choice! Free, safe, legal!”NSW is the second-last state in Australia in which abortions remain a crime. The debate on the bill continued well into Tuesday evening, and it has now been passed in the Legislative Assembly. The bill is now in the hands of the Legislative Council, which has voted to hold a short inquiry into the bill next week. The Council has set a deadline for late August for the report. The inquiry will be conducted by the social issues committee, chaired by Liberal MLC Shayne Mallard.