The Holy Bureau of Statistics released their annual crime report today, showing that witchcraft has overtaken left-handedness as the most prevalent crime in Spain.

The information holds disturbing repercussions for the future of Spain, the Spanish Criminal Justice system and the positive connotations of the word ‘inquisition’.

According to High Inquisitor Torquemada, anyone found guilty of being a woman is potentially a witch. This means over half of Spain is potentially involved in witchcraft, which would make it a bigger industry than bullfighting, flamenco and invading England combined.

“Because they are everywhere,” he whispered. 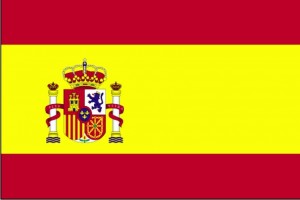 As a preventative measure, the Inquisition is considering banning women from the country. Experts on the subject have reasoned that witches cannot die; any death in custody can thus be deemed to be a witch dying spitefully, attempting to cast suspicion on the Inquisition’s holy work.

Maria Delgado, woman, spoke out against the Holy Office yesterday, saying “The Inquisition has no way of telling a witch from a non-witch. Anyone could be one. I could be. You could be. No-one could possibly know either way.”

Ms. Delgado was promptly arrested on suspicion of witchcraft and tortured to death.