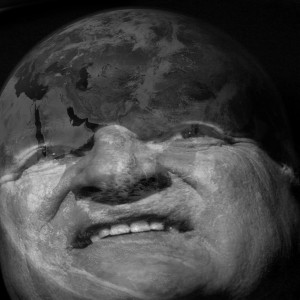 Former independent MP and current leader of Katter’s Australia Party in the House of Representatives Bob Katter, has declared that the world was unoccupied until the advent of Australian society.

While promoting his sequel to An Incredible Race of People, the recently published A Fucking Incredible Fucking Race of Fucking Top People, at a university debating championship, Katter made the statement to a mix of outrage and confusion.

“This world was nothing before Australia … literally, no one was here before Aussies were.”

Katter also proceeded to explain how Australian society developed language, and is therefore responsible for the development of the Indo-European, Sino-Tibetan, Afro-Asiatic, and every other language family.

While visibly staggering on the stage, holding a half-empty bottle of VB, Katter attempted to explain how larrikinism, diggers, and the Southern Cross tattoo were integral in the War of the Roses, the Industrial Revolution, the Declaration of the Rights of Man and Citizen, and the Mahabharata.

“Mate,” Katter addressed blankly to the back of the room, “we wouldn’t have the Westphalian system of government or the Hindu-Arabic numeral system if it wasn’t for those brave battlers flying their Aussie flag proudly on the bonnet of their car.”

“And don’t get me started on currency … if it wasn’t for those Aussie sheep shearers, we’d probably be trading on the arbitrary value of livestock and vegetables.”

The Soin was unable to contact the MP on whether or not he meant before Indigenous society or white settlement, and whether he believed in ethnic variations through historical, geographical, and biological evolution.

However, in the Good Weekend magazine, he announced that there is a good chance he is the product of “Negroid, Mongoloid, and Caucasoid miscegenation.”