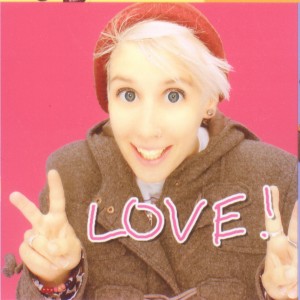 Compassion. It seems basic: we should have it for one another. We are human, after all. But lately, I can’t help but think that some people are pretty horrible.

This past week I’ve seen people weep, openly, because they were hurt by others. What saddens me most about these open displays of hurt is the utter betrayal written into the pain. These people were betrayed by who they thought were friends, family, or even just fellow people. Fellow people with compassion.

And then, after this first hurt, came the wave of the second. The trolls. From the horrible comments on Tom Raue’s piece on honisoit.com, to Mia Freedman’s (and her followers’) woeful ignorance of what actually constitutes racism, it seems the trolls were out in force this week. Maybe it’s like this every week. Maybe people are pretty horrible all the time. Yet this week, I really felt it.

It was International Day Against Homophobia and Transphobia on Friday. I asked the Queer Collective on Facebook to tell me some of the homophobic things people say to them – things they hear every day – and the response was overwhelming. By and large, the answers (which you can read in this week’s ticker tape) were humorous, and we were able to laugh at the weird things people have said to us. Yet, underneath the humour, the pain was evident, but so was the power to overcome. That was a thread with compassion.

I can’t decide what’s worse: deliberately causing others pain, or the sheer ignorance of when pain is caused unintentionally. The former is more instantly brutal, but I think the latter is more systematic, and far more soul crushing in the long term. This is something my friends in the Queer Collective have been dealing with all their lives. On Saturday, when some transphobic remarks were made in the presence of a trans* friend, I watched my friend stand strong. The only indication of the hurt was my friend’s slightly blushed cheeks, their slightly hunched shoulders. I could see the weight of these people’s ignorance being laid on my friend’s shoulders, and I was powerless to help.

I wonder if the police last Tuesday were ignorant. Blind to the fact their force would cause lasting damage, a permanent weight on the shoulders of those present. I wonder, would it have been any different if they had compassion?

Forgive me if this seems overly cynical to you, I’m not used to seeing people cry. Forgive me, for I thought the common response was “are you okay?” not “suck it up, princess”. Forgive me for not realising how wrong I was. Have some compassion, and forgive me.