“Lovers and thinkers, into the earth with you.

Be one with the dull, the indiscriminate dust.

A formula, a phrase remains, – but the best is lost.” 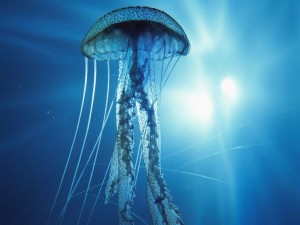 There’s a little town near Prague where a collection of medieval human skeletons decorate the walls of a small ossuary. In the centre there’s a chandelier containing every bone in the human body. On the sides seventy thousand skulls are piled into pyramids of death. No one remembers the names or deeds attached to those bones. The display is a startling reminder of how we all lose everything in the end and become wholly indistinguishable and equal in death.

I thought I would be repulsed by the playful and frankly disrespectful treatment of these human remains but it actually made me reflect on how we treat death as a society. Instead of being death-shy and pushing the problem out of our minds, maybe we should confront our own mortality and use our knowledge of death to justify living each day as if there were no tomorrow.

In this spirit I decided to look death squarely in the eye and ask the blunt question, how am I most likely to die? In Australia 24.8% of deaths are caused by a sudden reduction in blood supply to the brain or heart (cerebrovascular and ischaemic heart disease). Arteries blocked by a build up of fat molecules over a lifetime or haemorrhages due to ageing are most likely to kill us. Dementia and Alzheimer disease are the next most likely cause of death followed closely by lung cancer, lower respiratory diseases, diabetes, colon cancer, leukaemia and heart failure. (Fingers crossed euthanasia becomes an option by the time I reach death-age because none of these sound particularly fun ways to go.)

If it is any comfort, there are plenty of strange deaths that we are much less likely to suffer. There’s death by laughter, death by vending machine and death by falling coconut (don’t laugh – this is a real problem in the Pacific Islands). Earlier this year an unfortunate man from Washington died after being smothered by his girlfriend’s breasts. In 2005 a man from South Korea died after playing Starcraft for 50 hours straight. Tycho Brahe, a famous 16th century Danish astronomer, died from refusing to breach etiquette by leaving a banquet to urinate.

If you happen to live in the small Central African nation of Cameroon you could even suffer death by exploding lake. In 1986 a build up of volcanic activity caused Lake Nyos to explode releasing 80 million cubic metres of carbon dioxide into the surrounding district and killing 1700 people through asphyxiation.

By far the strangest cause of death in history was a form of “mass madness” called dancing mania that appeared in Europe in the Middle Ages. It popped up in various places at various times infecting local townsfolk with an inexplicable urge to dance. In 1518 the Dancing Plague hit Strasbourg and around 400 people danced endlessly for days, many eventually dying of exhaustion or heart attack.

Some deaths are so silly that they deserve special recognition. The Darwin awards are a web-based community that posthumously congratulate people who have improved humanity’s fitness by removing themselves from the gene pool in a particularly idiotic manner. One of my favourite winners was a man who died from eating too many cockroaches at a bug-eating competition at the local reptile store. (He won the competition but failed at life.) I personally think that Branwell Brontë deserves a Darwin award for successfully dying standing up just to prove it could be done.

By far the strangest cause of death in history was a form of “mass madness” called dancing mania that appeared in Europe in the Middle Ages. It popped up in various places at various times infecting local townsfolk with an inexplicable urge to dance. In 1518 the Dancing Plague hit Strasbourg and around 400 people danced endlessly for days, many eventually dying of exhaustion or heart attack.

Most people die unintentionally but some tragically choose to end their own lives. The weirdest suicide I’ve ever heard is a case of consensual cannibalism that occurred in Germany in 2001. A very disturbed man answered an Internet advertisement to be “slaughtered and then consumed” and subsequently died at the advertiser’s hand. The murderer is in in jail for life and now a committed vegetarian.

Quite often suicides don’t work out as planned. You would think jumping off the Empire State building was a pretty fail-safe option but in 1979 Elvita Adams took the plunge from the 86th floor only to be blown back inside the building by a gust of wind.

A truly grisly way to kill yourself was devised by an English artist suffering from schizophrenia in 2003. Richard Summer lost himself in a deserted forest in Denbighshire, handcuffed himself to a tree and threw the keys out of reach. Three years later his skeleton was discovered with signs that he had later changed his mind.

Some people just refuse to die altogether. Grigori Rasputin, the infamous Romanov sidekick, was stabbed, poisoned, shot three times and beaten before eventually drowning. Sir Adrian de Wiart is a British Army officer who served in the Boer War, WWI and WWII. He was shot in the head, face, ankle, hip, leg and ear and was forced to bite off his own fingers in order to amputate them. Later he famously wrote, “Frankly I enjoyed the war.”

It seems ludicrous that people die in such trivial ways but can survive seemingly fatal injuries. Tennessee Williams died by choking on a bottle cap but Phineas Gage, a 19th century railroad foreman, walked away after a 43-inch iron rod passed through his skull and took a chunk out of his brain. He had been packing dynamite into the side of a cliff with a tampering iron when the powder detonated and sent the rod through his cheek and out through the back of his head. He remained conscious through the ordeal and was able to speak to the doctor later that day. Other than a drastically altered personality, Gage suffered no major injuries.

I suspect some people just have nine lives. Anna Bågenholm definitely does. She is a medical marvel who survived a skiing accident that left her trapped in a frozen stream under 20cm of ice for 80 minutes. Rescuers say she survived for 40 minutes by breathing air pockets and when she was eventually extracted nearly hour and a half later her body temperature was at 13.7°C. She was technically dead but doctors managed to later revive her in hospital. Experts believe the low temperatures saved her from drowning as they slowed her metabolism and lowered her oxygen requirements. Today she has fully recovered and works as a radiologist at the hospital that saved her life.

Death is an inevitability we don’t think about every day. It is a matter we neatly tuck away into corners, dignify with silence or hand over to professionals so they can deal with the uncomfortable realities of human frailty. Maybe one day humans will attain immortality. Perhaps we will be able to record our neural circuits in such detail that we can upload our mind to a database and send our digital consciousness out to explore the universe. Perhaps we will reverse the aging process and become like the immortal jellyfish, Turritopsis nutricula, bouncing eternally between youth to old age.

But until that day death should be something we seriously consider every once in a while. Why? Because keen awareness of our imminent exile to eternal oblivion makes our engagement with the present a matter of supreme urgency. It makes every moment indescribably precious. Death should motivate us to get to the essentials, to search persistently for meaning and to have no regrets because this time is quite possibly all the time that we will ever have.