A small woman answers the door. She’s dressed nicely; in a neat blazer, crisply ironed trousers, small blue earrings. Her hair is dyed a blonde that is perhaps one shade shy of bombshell – she looks much younger than I know she is. Her gold necklace reads “Jesus” in block letters.

I have to remind myself: she’s talking to me. My name is Lucy tonight.

The place just looks like a holistic medical centre. As I follow Cheryl down a short corridor, I read the signs on the doors on either side of me. Physiotherapist, chiropractor, acupuncturist. Cheryl stops in front of a door that reads “Counsellor”. She fumbles with some keys. I think she might have arthritis – her knuckles and finger joints are swollen and slow. She mutters to herself but I can’t make out the words.

Behind the door, Cheryl’s room is bare. Two chairs are set across from each other. On a small table to the left of the chairs there sits a small wooden cross and a full box of tissues. The walls are white.

I take my seat awkwardly, nerves making me unsure of what to do with my body. Cheryl sits opposite me and rests a clipboard on her knee. Now we’re properly face to face, I notice she has nice eyes. They’re crinkled and cracked at the corners from years of smiling. She’s smiling now, too. She hands me some forms and I fill them out, remembering at the very last minute to change my signature. It ends up just looking like a scribble. Shit, shit, I didn’t think about creating a signature in my cover. Shit. Cheryl doesn’t notice.

“It’s a bit of a long story. I’ve been thinking, and I reckon all this started when I was little, maybe eight or nine.” Cheryl nods encouragingly, and so I speak.

To Cheryl, I’m Lucy, a second year Arts/MECO student hailing from Canberra. (“Oh! I used to live there too. Lovely place.”) I’m an only child, and when I was around eight or nine, I began to rebel against and question my parents’ devout Baptist faith. We grew apart. Come the beginning of Year 12, I found myself with an unwanted same sex attraction – I fell in love with a girl, and we began dating. (“Mmmm, yes, homosexuality often begins around that age.”) I moved to Sydney to be with her, against my family’s wishes. We recently broke up and I was devastated. I found myself without a support network, having alienated my family. (“And God.”) I realised that same sex relationships were not the kind I wanted to have. I missed my family. (“And God, too, just subconsciously, I would say.”) I had found Cheryl via the Living Water Ministries website. It told me she could cure me of my homosexuality. I had come to be cured.

In 1975, South Australia became the first Australian state or territory to decriminalise homosexuality. In 1976, the ACT was next, followed closely by Victoria in 1980 and New South Wales in 1984. That same year saw the Australian Medical Association declassify homosexuality as a mental illness, and by 1990, the World Health Organisation had caught up, removing homosexuality from the International Classification of Diseases registry.

Now, men are no longer arrested for holding hands in the street. Marriage equality is rapidly becoming a legislative inevitability, adoption and civil union rights are legally enshrined in nearly all states and territories, and a strong set of anti-discrimination laws work to protect LGBTQI Australians from the institutionalised loathing they once suffered. But you don’t have to stray too far beyond Taylor Square to discover that misunderstanding, discrimination, and homophobia still exist in many Australian communities. It’s telling that a recent survey showed that 38% of same-sex attracted females aged 22-27 had experienced depression at some point in their lives, compared to 19% of heterosexual female respondents. Additionally, non-heterosexual women were almost five times more likely to have tried to harm or kill themselves in the six months prior to the survey.

Perhaps it is this degree of depression and self-loathing that compels people to seek gay reparative therapy. Founded by Pentecostal Charismatic churches and popularised by evangelical sects in the United States, gay conversion therapy is based on the idea of being able to rid oneself of a demon that has infected the mind with homosexuality. The practice was widely accepted, even popular, until quite recently. In late 2012, California became the first state in the world to legislate against the practice, banning conversion therapy for minors, then in June of this year, leading conversion ministry Exodus International ceased its operations and issued a formal apology to all former patients.

“People who undergo reparative therapy have this conflict – they’ve been downloading messages into their brain from a very young age that tell them being gay is the very worst thing to be; it’s wrong, dirty, disgusting,” he tells me. “And when the therapy fails, it just adds another layer of damage – they feel they have failed because they’re gay, and then they’ve failed again because they haven’t reoriented.”

Worse still, says Martin, is the fact that the risks of conversion therapy are not outweighed by the results – it’s an almost entirely futile practice.

“The reality is that nobody I know of has experienced a reorientation as a result of conversion therapy. It’s well-known in psychology that sexual orientation is reasonably fixed around adolescence.”

Shockingly, conversion therapy is not illegal anywhere in Australia. Martin tells me he thinks Australia should take its legislative lead from California.

“If a society makes conversion therapy illegal, it educates the public and shows them that there is something wrong about it. It won’t end it entirely, but it will be a very positive step.”

Cheryl looks up from writing notes on her clipboard as I come to the end of my story. I’m relieved that I didn’t mess up and that my cover is still intact.

“Well, firstly: I can certainly help you,” she says. “I’ve helped over 50 other people overcome their unwanted same sex attractions.”

Over 50 people? I’m horrified, and I am struggling not to show it.

“When – sorry – if you decide to come back for another session, I think we’ll start our work with examining your parents and your relationship with them. Homosexuality in women is a result of not bonding properly with the mother, so we will be focusing in on you and your mum.”

As I listen attentively, nodding at the right spots, she goes on to explain that because of this “mother wound” (or father wound in the case of male homosexuals), same sex relationships can never be stable or fulfilling.

“In fact,” she leans forward, keen to share her wisdom, “most homosexual relationships are built on drug addiction.” Here I have to increase the speed of my nodding to disguise my smirk.

“They’re undoubtedly unhealthy, and there is a lot of research out there to back that up.

“It’s certainly not a desirable lifestyle choice, Lucy. We can work together to help rid you of it. Now, let’s discuss church options. Hillsong have a fantastic youth base.”

My neck is starting to ache from so much nodding.

Anthony Venn-Brown was born into a very religious family, and for much of the first half of his life, struggled to reconcile his faith with his sexuality. In desperation, he subjected himself to extreme forms of conversion therapy in desperate attempts to become straight. Today, he is a proudly self-proclaimed “gay ambassador” who, through his organisation Ambassadors and Bridge Builders International, works to help change Christian attitudes towards homosexuality. When I call to speak to him, he is chatty and relaxed, and speaks freely and candidly about his experiences at the hands of the Church.

“I was very troubled about my homosexuality,” he tells me. “After all, it was still illegal at the time. I was deeply depressed; I even attempted to take my own life.”

In the throes of desperation and self-loathing, Venn-Brown decided to try and return to God.

“I thought I would try becoming a proper Christian. I thought: ‘God will save me! He can work miracles, after all,’” he laughs, self-consciously. “I went to Bible College in New Zealand, where I studied and underwent exorcisms – they tried to fix what they called my ‘demonic possession.’”

Exorcisms are widely regarded as one of the more extreme forms of conversion therapy, historically practised in conjunction with electroshock and starvation therapy. And certainly, Venn-Brown’s experiences sound nothing short of extreme.

“I would have a group of ministers praying over me, trying to cast out my demons as I lay on the floor. I would contort and writhe – I felt physical manifestations that weren’t really there. And it wasn’t until about ten years ago that I realised all that was a result of me hyperventilating. I was lying there hyperventilating, trying so hard to expel the demon.”

After returning to Australia and realising he was still same-sex attracted, Venn-Brown booked himself into a residential ex-gay program.

“I was told it would take two years to rid myself of homosexuality, but I left after six months of abuse. Then I got married,” he says, sounding surprised at his own words. “I had two beautiful children, and then at 40, I fell in love with a man!”

Venn-Brown now works with churches and attempts to re-educate the faithful. He seems to have an incredible capacity for forgiveness, and speaks with no discernable resentment or anger.

“[Conversion therapists] aren’t the problem, they’re the symptom. These people aren’t all bigots, they’re not all evil. They just have a lack of information; they’re just ignorant.”

I ask him if he sees a future in which conversion therapy is eradicated altogether. He seems hopeful, and answers with conviction.

“The key is education. Getting into schools, getting into churches, getting the right information out there. We’ve come so far in the past 10 years, I think we can do this.” 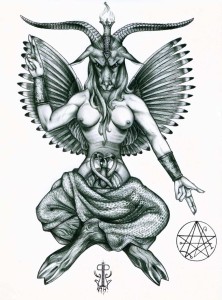 After an hour, I stand up to leave, promising to think about all Cheryl has said. I offer her the $80 she told me the session would cost. She declines gently. “It was such a pleasure meeting you, Lucy. I don’t want to charge you. This was just finding out the facts. The real thing starts later.”

She briefly outlines the “real thing”. “Of course, I think you would really benefit from further sessions. There are also a couple of week-long intensive healing courses held in Melbourne late on in the year, you’d really like them – I’ll send you a brochure. And we will be convening weekly healing sessions here from the beginning of October – they have a great sense of community about them.” Excited nodding, as though I can’t wait to get involved.

She asks me how I am getting home. I tell her a bus and a train, back to Erskineville. She cries out: “Erskineville! If you had come tomorrow night I could have driven you home! I’m going to visit a friend there tomorrow.” She is genuinely upset. I tell her I don’t mind the long route home, it will give me a chance to think.

She walks me out, down the corridor. Just before the front door, I turn to shake her hand. But she quickly dodges, grabs both of my larger hands in her tiny two, squeezes tight.

“Bless you, Lucy. Bless you. Bless you.” I can’t help but feel sorry for this woman. It’s true, she’s not the problem, she’s just a symptom. 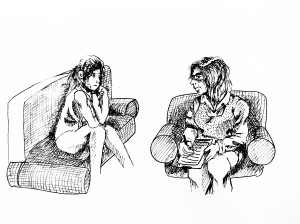