A vigil held in solidarity with Christchurch victims was removed from the front of the Quadrangle by campus security officers.

A University spokesperson told Honi that the vigil was “removed…by Campus Assist officers, who did not escalate the matter to their supervisor for permission.”

The event was hosted by the Sydney Uni Autonomous Collective Against Racism (ACAR) and Unite Against The Far Right. It was hoped that the vigil would span for the course of the week, so that people could ongoingly lay flowers and candles.

At the time of removal, the vigil included three placards reading “We stand against fascism Islamophobia,” “Solidarity with the Christchurch victims” and “No more white terror,” surrounded by a series of candles.

ACAR Convenor and SRC Ethnocultural Officer, Ellie Wilson, told Honi that the vigil, intended to “continue all week, was a show of solidarity with Muslim communities both on campus and worldwide, to assert that Muslims are welcome here and that we, as a collective of non-white students, stand against Islamophobia, white supremacy, and fascism.”

“There was no good reason to take down this vigil. It did not interfere with anybody’s ability to travel around campus; it was not what one would call obtrusive or controversial. It was a respectful show of support for a grieving community….[and] to take it down… reflects incredibly poorly on the University.”

Honi understands that the last time the vigil was seen was 10:30 pm on Monday night, and it had been removed by the following morning.

A university spokesperson told Honi that they “apologise for any distress this may have caused.”

“We pay tribute to the victims of the horrific attack in Christchurch, and support the right of our students to express their views in a respectful manner.”

ACAR and Unite Against The Far Right also hosted a campus speakout on Tuesday in solidarity with all Muslims affected by Islamophobia, and in opposition to fascism everywhere. 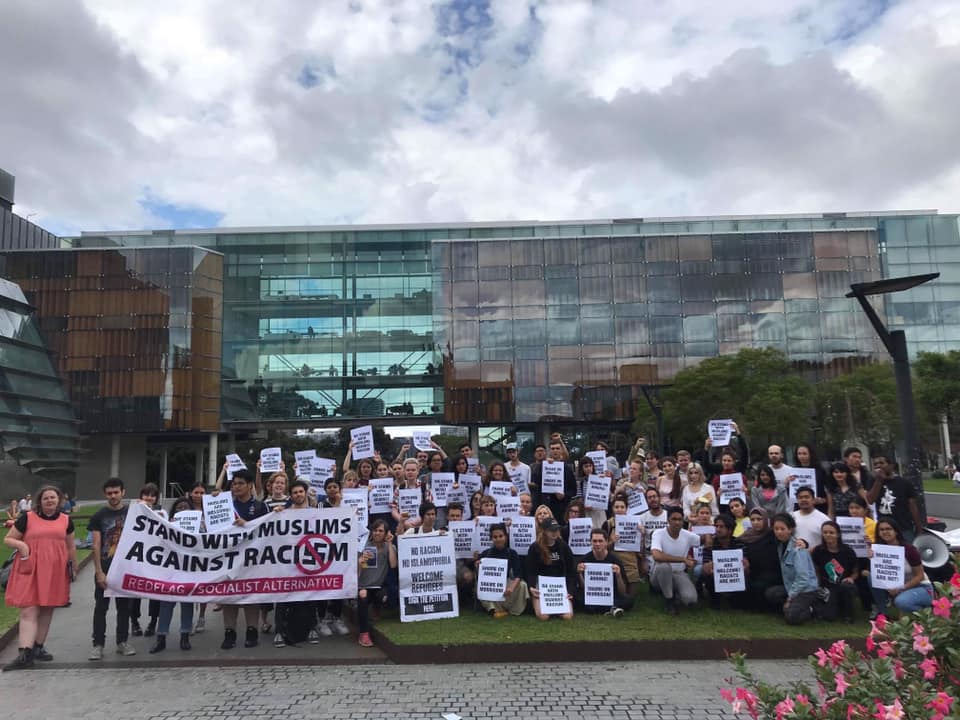 At least 80 people attended the speakout on Eastern Avenue. It was one of many events hosted over the course of the past week in resistance to Islamophobia and in solidarity with its victims.