The Day of the Unborn Child march was organised by the Life and Family Institute in Sydney. The international day of the unborn child was established by Pope John Paul II, after the first celebration occurred in 1993.

Life and Family stated on their Facebook event page, that the Day of the Unborn Child “is a day of celebration and remembrance of the dignity of the unborn. It is also a day to remember the millions of children whose lives have been ended by the violence of abortion.”

The pro-choice rally hosted by the University of Sydney’s (USyd) Wom*n’s Collective (WoCo), the counter-protest was staged to oppose the Catholic event, and more broadly call for legal, safe and free abortion in New South Wales.

While there was a nation-wide move to legalise pregnancy termination, NSW is the only state in which abortion is still a criminal offence. Abortions can only be accessed  in NSW when a doctor finds any economic, social or medical reasons to justify aborting the fetus. Otherwise, abortion is unlawful under the state’s Crimes Act. Several speakers noted the timeliness of the protest, the day after the NSW Liberal Party were re-elected. 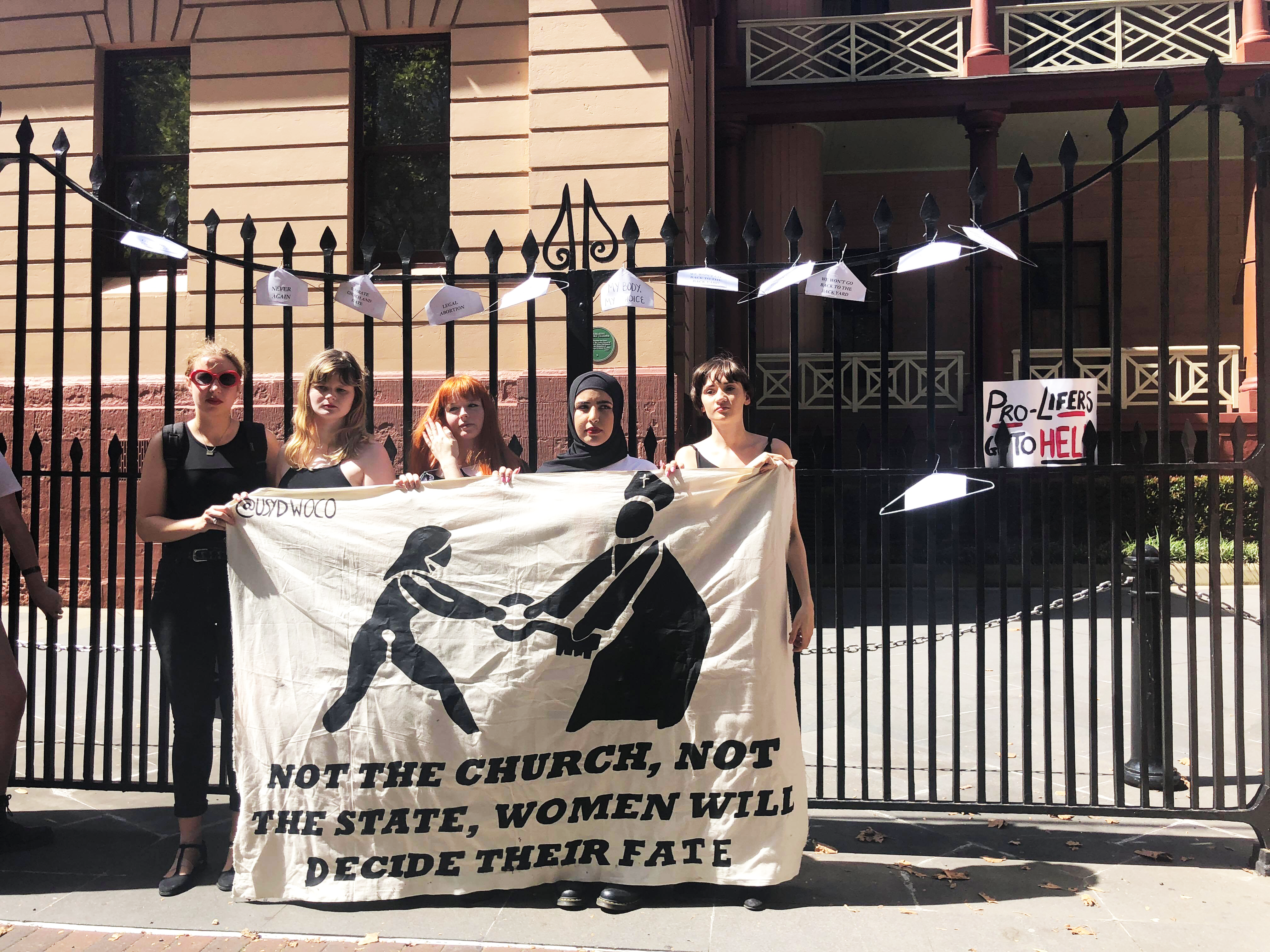 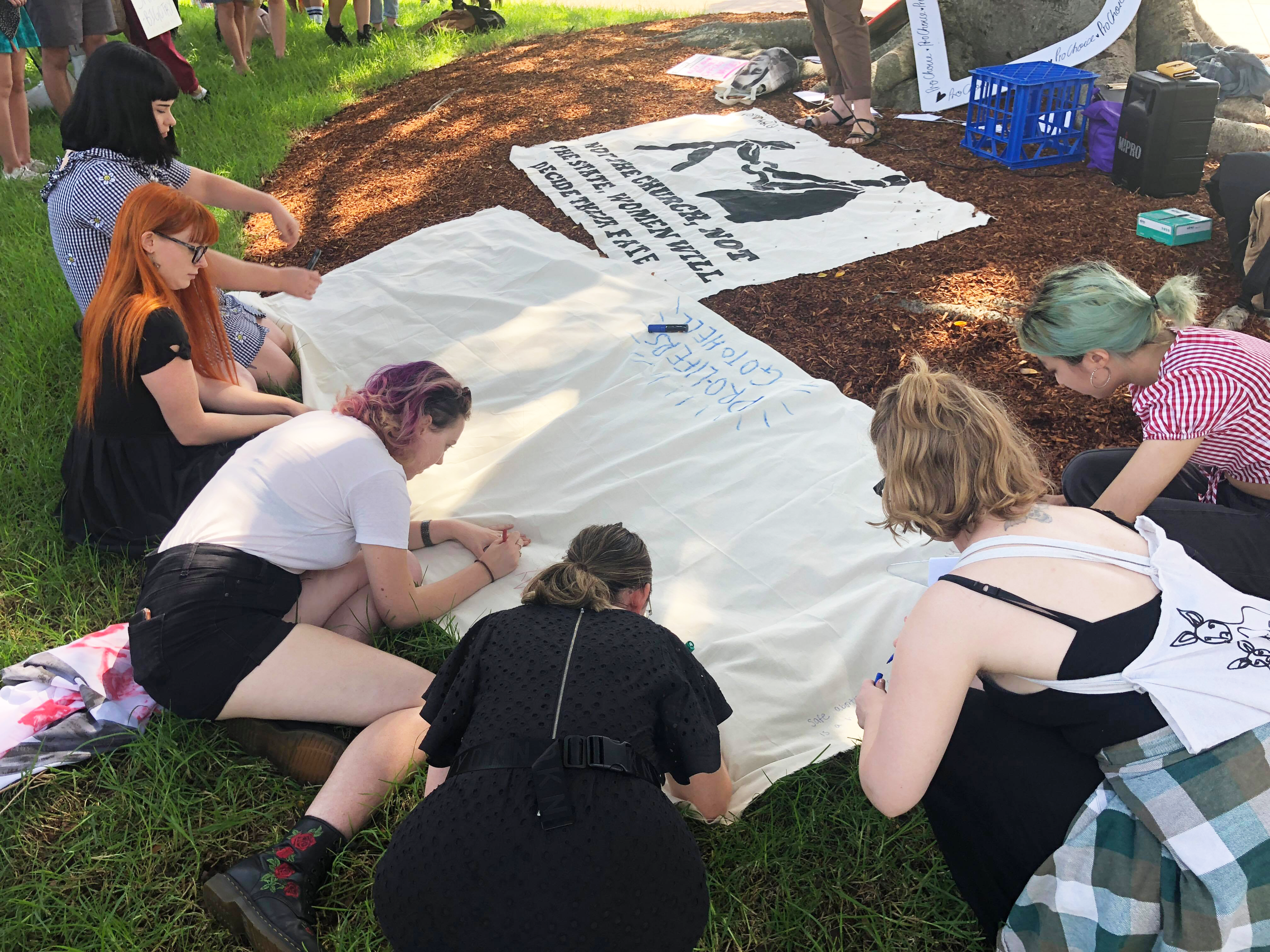 WoCo convenor Jazz Breen expressed her concern for the illegality  of abortion, “abortion is a medical procedure — a safe, necessary and lifesaving medical procedure. Without the legalisation of abortion those who need one will only turn to unsafe abortions,” she said.

Layla Mkh, another WoCo convenor, said, “Several known neo-Nazis and Fraser Anning supporters were spotted among today’s anti-choice rally. This is stunning evidence that the anti-choice crowd rhetoric around saving children is absolutely disingenuous. These are racists and sexists who are happy to see children tortured in offshore detention, Muslim children massacred at their place of worship, and Aboriginal children incarcerated at astonishing rates.”

Speakers were invited from all represented factions. Wiradjuri brother-boy Hayden Moon addressed the importance of abortion access to both the disabled community, and Aboriginal and Torres Strait communities.

“Many people with disabilities who have the ability to get pregnant, are often unable to continue the pregnancy. Pregnancy in child birth can cause life threatening complications to disabled people and cause dramatic effects to the parents and the child,” they said.

The pro-life procession marched out of St. Mary’s at 12:30 pm singing Catholic hymns, where they were met by the pro-choice rally.

Chants included, “Not the church, not the state, women will decide their fate,”

“Get your rosaries off my ovaries,” and“Racist, sexist, anti-gay, Christians fascists go away.” 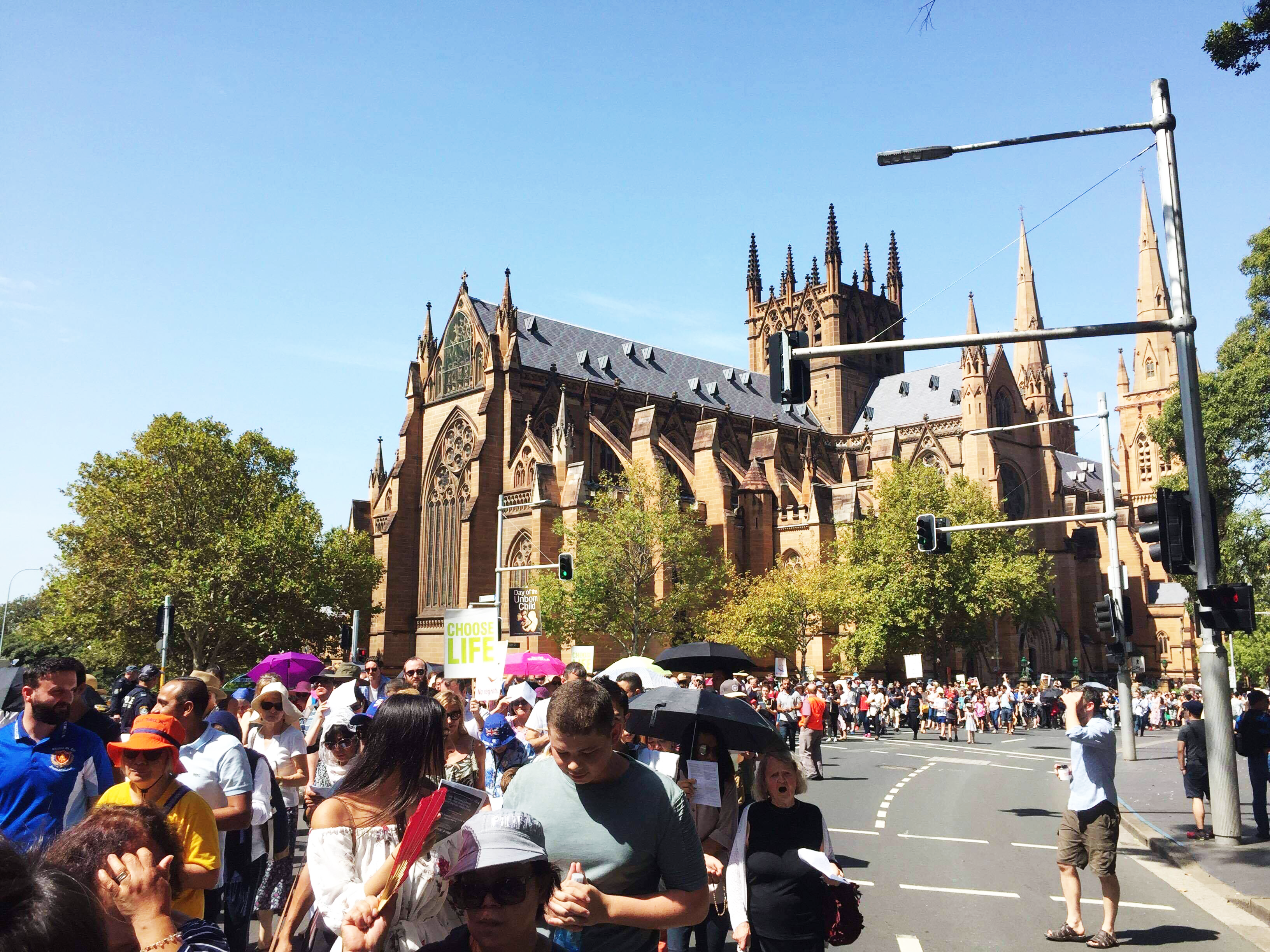 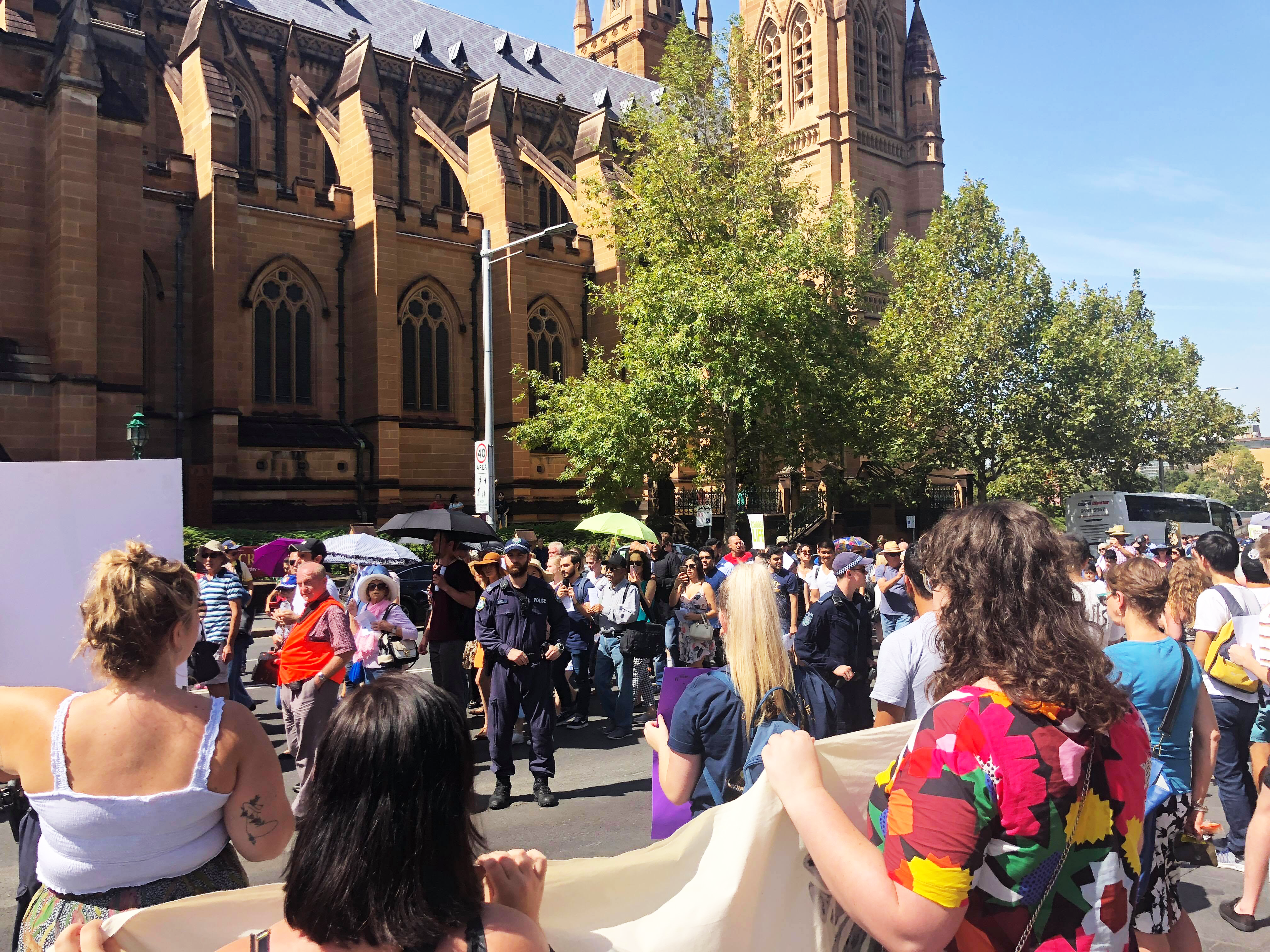 The pro-life event planned to proceed through Sydney’s CBD towards NSW Parliament House, where they were to address the crowd opposite an abortion clinic. The counter-protest had also planned to march towards NSW parliament house following the pro-life parade. Despite these plans being confirmed with police prior to Sunday, the counter-protest was forcefully blocked by police for 30 minutes to ensure there were no further encounters between the two groups.