It’s been a big year. A strange year. Here are the eleven articles that earned the most attention from our of reporting. From the slow death of a bar on campus to the unexpected and painfully quick death of a legendary tree, these articles offer a small insight into life at Sydney Uni in 2016. From viral memes to salient critiques of powerful institutions, these articles sparked interest from thousands of readers from all over the country. Here we go.

1. The Jaracanda in the Quad has died by Andrew Bell 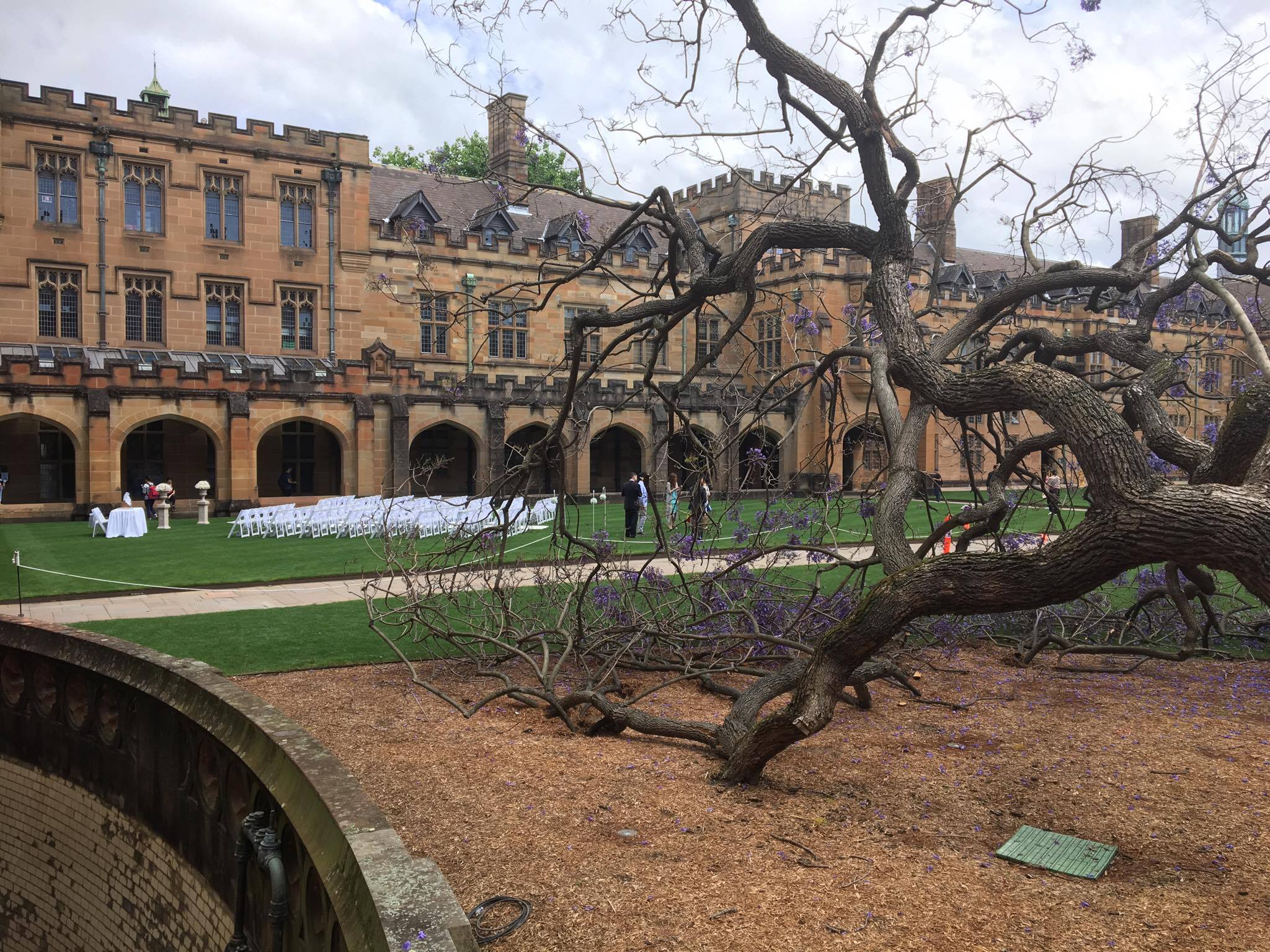 “It was found this morning, uprooted in the dew, while a string quartet played a soft melody for the white wedding that was set up on the adjacent grass.”

“The University of Sydney Union (USU) has threatened to deregister the Sydney University Evangelical Union (EU) from the Clubs & Societies program over the latter’s requirement that all members must make a declaration of faith in Jesus Christ.”

3.  On a pedestal by Pranay Jha

“Students took to social media to express outrage at his comments. In a public post that was shared over 180 times by Thursday morning, Evin Wang, a student of Wu’s, expressed concern for Chinese international students.”

5. The slow death of Manning Bar by Tom Joyner “After all, how does an institution like Manning Bar die? For a start, it takes time. It doesn’t disappear overnight. But Manning, which had become so important to the experience of generations of Sydney Uni students, seemed to do just that. One by one, events were cancelled, students stopped attending parties, and bands were booked elsewhere.”

“A group of approximately thirty Students’ Representative Council (SRC) Education Action Group (EAG) activists were forcibly removed from the venue. Some were carried up stairs and pushed out the front doors.” “Clearly not everyone who goes to college experiences discrimination, or is made to feel uncomfortable by their living environment. Not everyone is a victim. And it is not my aim to portray all college students as victims. You cannot homogenise personal experiences. Nor is it the case that the students who endorse and partake in these behaviours do so with malicious intent. However, the fact is that some people are deeply affected by what is arguably a toxic culture. This piece is not an attack on the individual – it is an attack on an environment that compels people to behave in certain ways, and subject others to this behaviour.”

Our pioneering interactive count of the SRC and Honi elections. With liveblog updates and booth-by-booth numbers, 8,000 punters had election data pumped live into their veins.

10. The ghost campaign by Tom Joyner

“A former and current president of the National Union of Students among other student representatives solicited the funds from four Victorian student organisations under the pretext of starting a national campaign against the deregulation of university fees in 2014.”

“Online bullying where women are tagged in cruel or sexualised Facebook posts had broadcasted untrue or sensitive information to their entire social network, often including employers and family members. Perpetrators defend their actions as “frapes” or “jokes”, pushing the accountability onto one another and ultimately escaping it individually.”