A recent study has revealed the complicated social fabric behind the sandstone, steel, and glass at USyd.

The study, published earlier this year in Computers in Human Behaviour, was designed as a way to make USyd more welcoming to new students, and shows the diverse interconnections between student groups. Dr Petr Matous, Associate Dean (Indigenous Strategy and Services) in the Faculty of Engineering and Information Technologies (FEIT), and Dr Faezeh Karimi, a Postdoctoral Research Associate in the FEIT, used data from the University of Sydney Union (USU) to create a snapshot of university life.

The study uses membership data from 240 USU clubs and societies, which accounts for 52,971 student records, and was anonymised by the USU before being shared with USyd for the study.

Dr Matous told Honi that the project began “in the Indigenous Portfolio, [and was] about trying to make the University a more welcoming space for anyone for any background.”

The study used social network analysis to provide four density or heat maps showing the interconnection between the different societies. The first heat map shows the overlap in club and societies memberships, the second shows the overlap in students who actually attend each society’s events, and the third density map shows overlap and co-participation in specific events. A fourth map shows the geographical location of these events based on co-participation.

The researchers have another map in production, which shows the distinction between alcoholic and nonalcoholic events. “There is such a stark gap between engineering and non-engineering,” said Dr Matous.

Dr Karimi told Honi that although the data they had was comprehensive, further studies should include data about student’s gender or area of study to better connect the results to the university context. “That would give a clearer idea of exactly what’s going on. 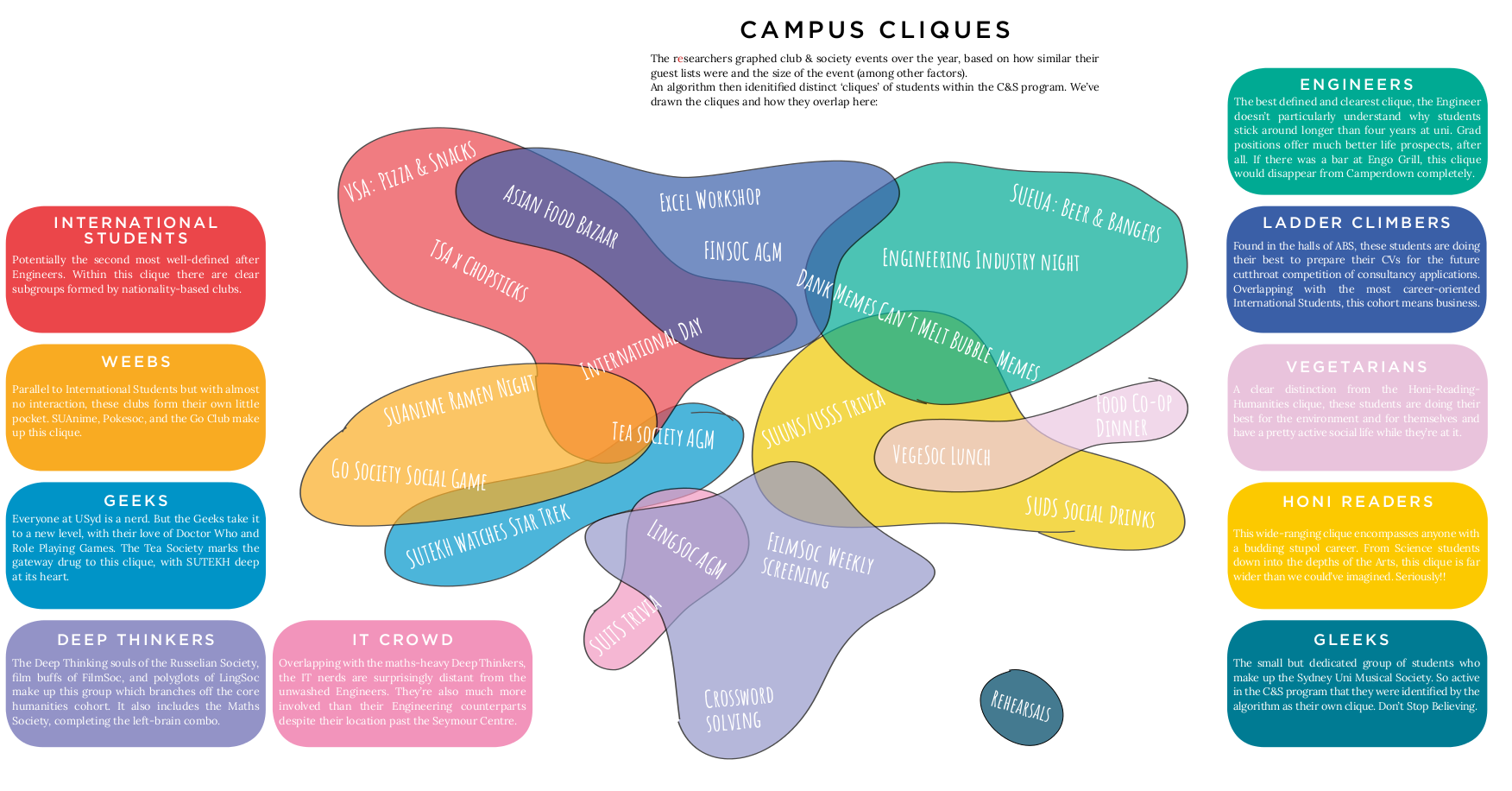