The University of Wollongong (UoW) has failed to inform staff members and students about its recently concluded negotiations with the Ramsay Centre to establish a new degree in Western Civilisation. Honi understands that staff were only informed about talks with the Ramsay Centre last Friday, after a deal had already been signed.

Dr Marcelo Svirsky, a staff member in the School of Humanities and Social Enquiry spoke to Honi about the opacity of the proceedings.

“Although I am a member of Senate, I am not aware of any official discussion of the proposal in an open forum at the University,” he said.

It is also unclear whether the University of Wollongong Council was consulted prior to the deal between UoW and the Ramsay Centre. According to Section 16 of the The University of Wollongong Act 1989, the UoW Council has powers to “provide such courses, and confer such degrees … as it thinks fit.” If this is the case, there’s a possibility that the UoW Council could vote against any deal with the Ramsay Centre to create a degree in Western Civilisation. Additionally, if UoW’s deal with the Ramsay Centre is deemed to be a commercial activity, it would require the Council’s approval to be finalised.

Dr Andre Brett, a Postdoctoral Research Fellow in History at UoW, recently stated that he had only been made aware of the University’s failure via Twitter, and that his colleagues in more senior positions had also been unaware of any negotiations between UoW and the Ramsay Centre. 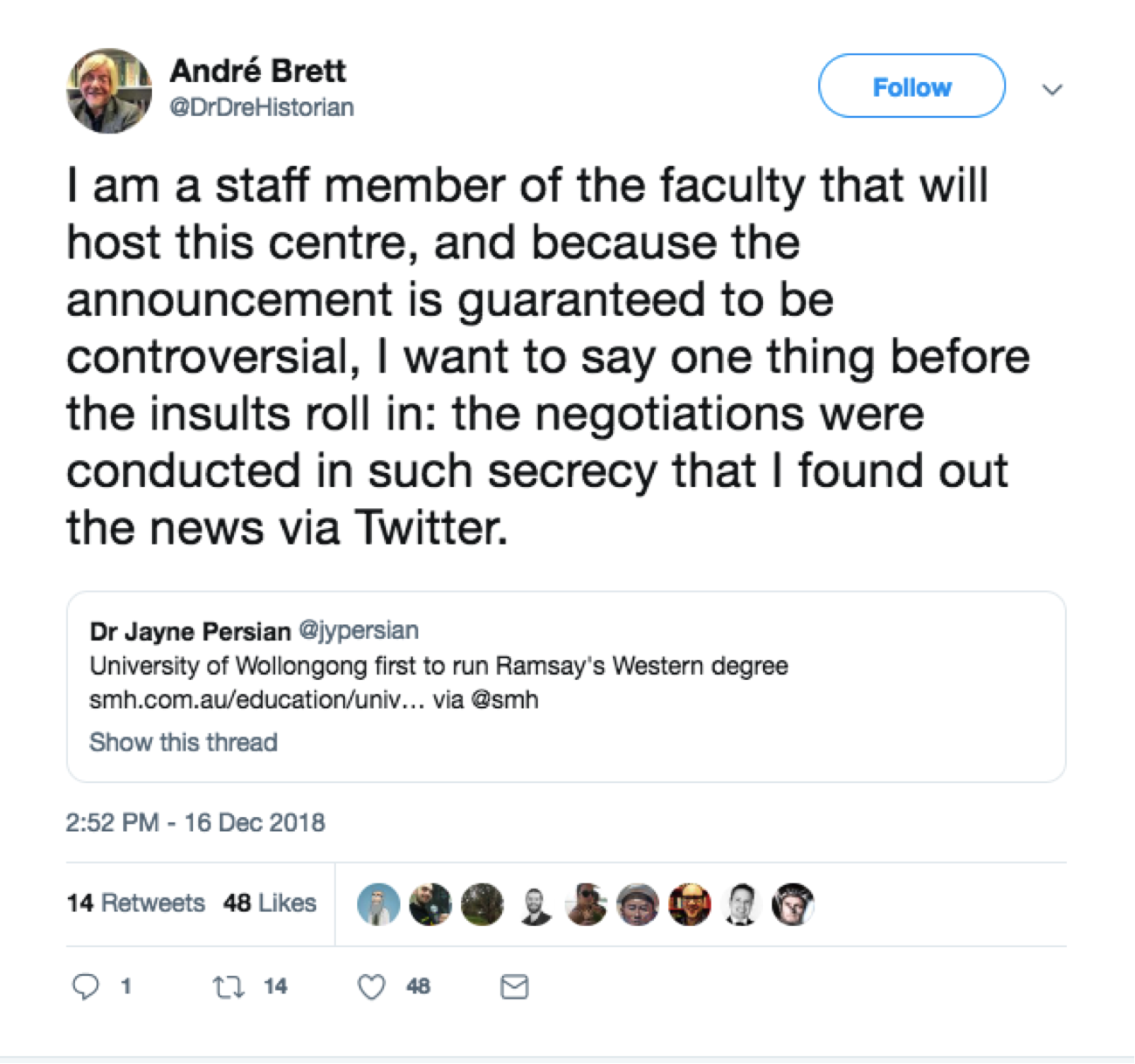 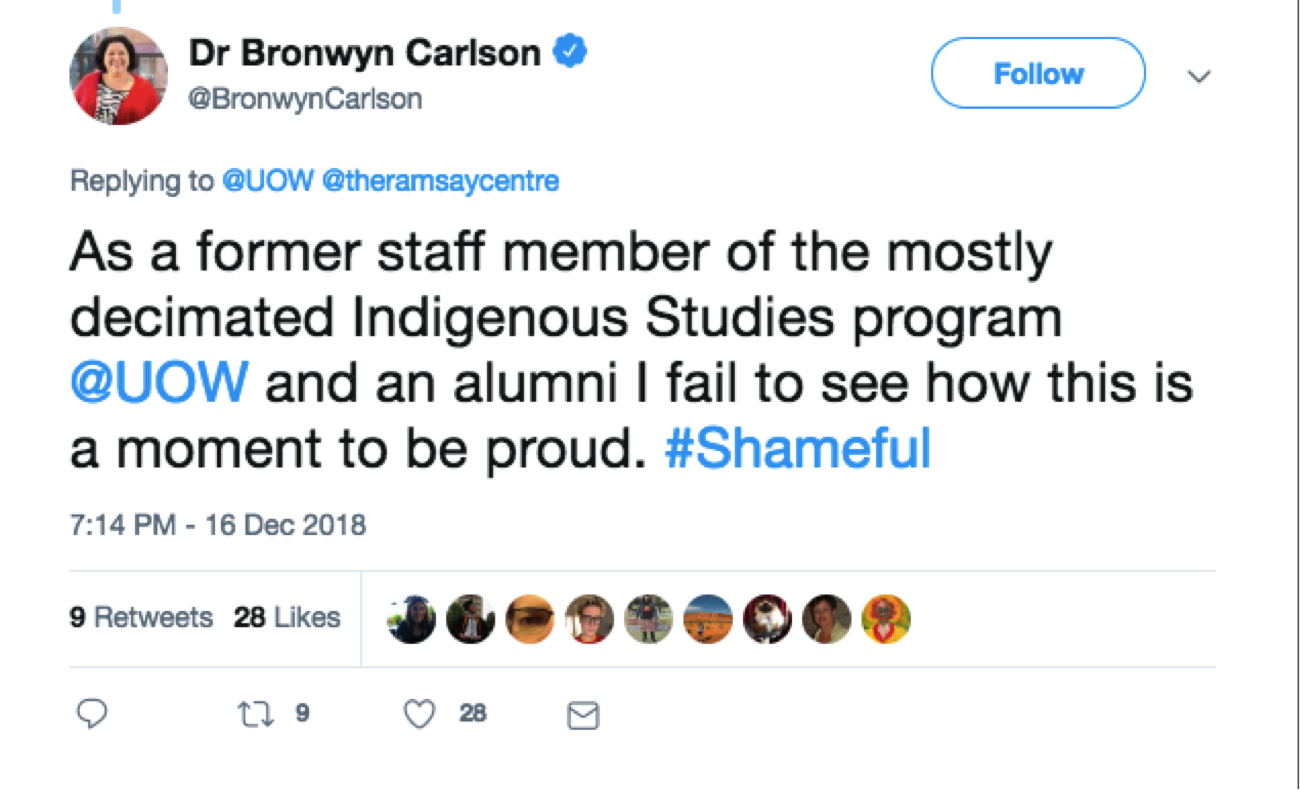 Chloe Rafferty, the president of UoW’s student association WUSA, commented on the University’s failure to seek input from staff and students.

“It’s a real outrage … the fact that staff and students were not even consulted, that it was negotiated in secret, shows that the Vice-Chancellor was aware there would be significant opposition,” she told Honi.

Whilst the exact details of the deal between UoW and the Ramsay Centre are yet to be revealed, the UoW is expected to receive more than $50 million over the next eight years from the Ramsay Centre. However, the likelihood of such plans materialising may be affected by imminent student protest as well as decisions made by the UoW Council.

The National Tertiary Education Union released a public statement today, condemning the “secret deal” between UoW and the Ramsay Centre.
“Given the great controversy surrounding the proposal to establish the Ramsay Centre at other institutions, colleagues are shocked they have not been consulted prior to the decision being made,” said Associate Professor Georgine Clarsen, President of the NTEU UoW Branch.

“Extensive internal collegial processes are available to the Vice-Chancellor for this purpose. Other colleagues have noted the disregard for the extensive existing expertise of UOW staff in the areas of the proposed Degree.”

The UoW did not respond to requests for comment at the time of publication.