Protesters congregated outside the Commonwealth Parliamentary Offices today to demand the protection of press freedom and call for an end of investigations into whistleblowers and journalists.

The protest, which was attended by approximately 100 people, was organised in light of the Australian Federal Police’s (AFP) raids on a Newscorp journalist and the headquarters of the ABC.

The raids on the ABC were, in part, connected to a 2017 ABC report entitled the “Afghan files”, which revealed that Australian troops had killed unarmed civilians. Days prior to this, the AFP had raided journalist Annika Smethurst’s house following her story revealing plans to expand the government’s surveillance of citizens.

The National Union of Students’ (NUS) Ethno-Cultural Officer, Hersha Kadkol, spoke at the protest, telling the crowd “the raids occurred to cover up the actions of a racist state… the real crime is not committing the atrocities but revealing them.” She also noted the history of bi-partisan support for laws which repress journalistic freedoms.

Former ABC and SBS journalist and Walkley Award Winner, Mark David, also spoke at the protest calling the recent raids “a perfect storm for the pillars of journalism”

The speakers additionally discussed the harms of extradition treaties and the importance of giving protection to whistleblowers in light of the upcoming hearing for Julian Assange.

Greens Member of the New South Wales Legislative Council, David Shoebridge,  called out the government for “stepping over journalists entirely in order to pursue whistleblowers.

Other speakers at the protest included journalists Michael West and Paul Gregoire, as well as Pip Hinman from the Stop the War Coalition.

There also appeared to be a notable police presence, with officers stationed both around the protesters and inside the 1 Bligh Street Building.

The protest is part of growing support for journalists and whistleblowers alike in the aftermath of what Mr David described as one of the most “disgraceful attacks on freedom of speech.” 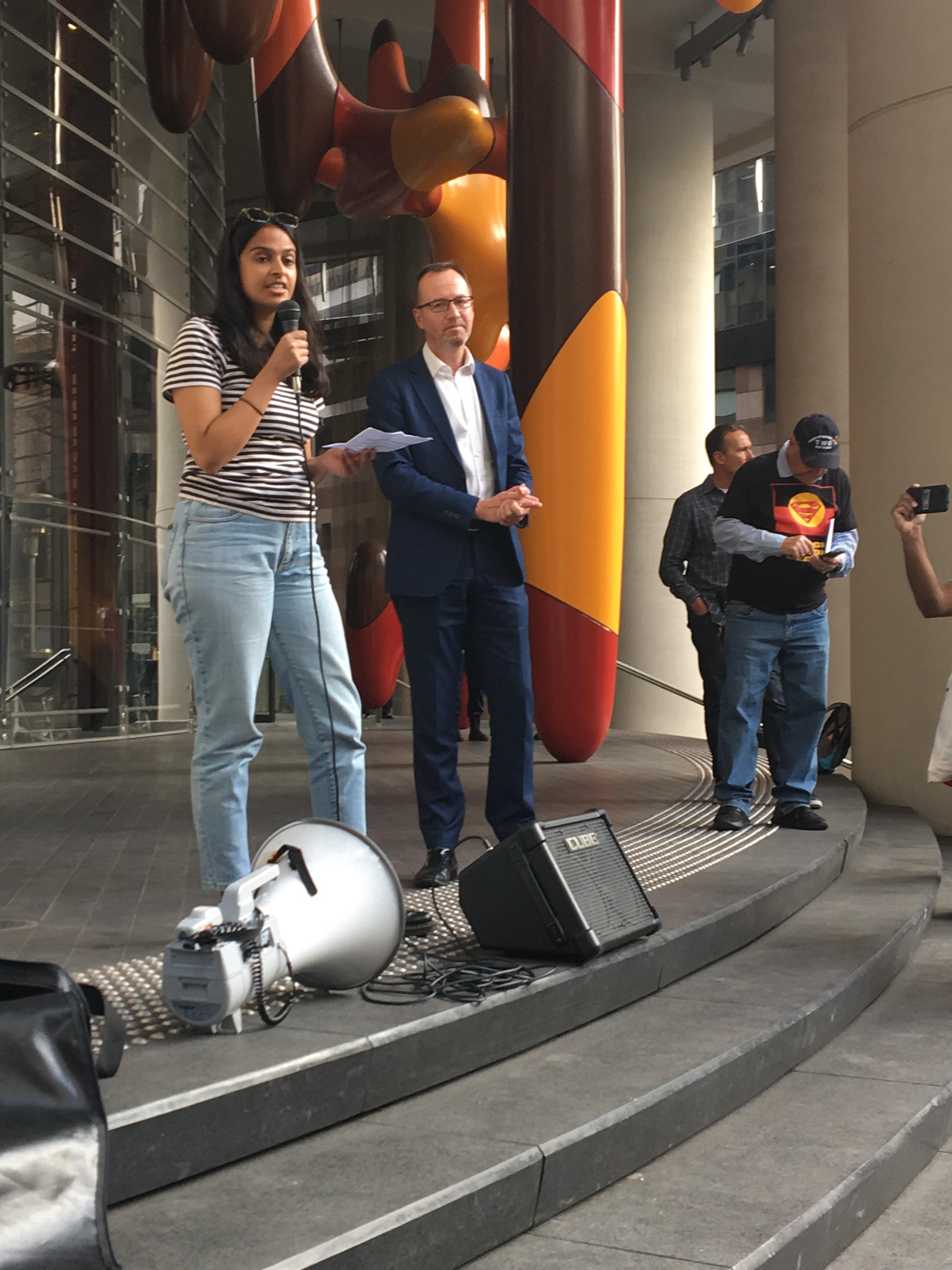 Protesters chanting outside the Commonwealth Parliamentary Offices this afternoon.