Student and community activists protested Mark Latham and One Nation today outside the first sitting of NSW State Parliament.

National Ethno-Cultural Officer of the National Union of Students, Hersha Kadkol, led the demonstration against the controversial former Australian Labor Party leader, prompted by his recent election to the Legislative Council on the One Nation ticket.

“Mark Latham, as well as ex-cop and bigot Rod Roberts, now have a platform in the New South Wales parliament,” Kadkol said. “They are ultra-conservative… anti-women, anti-LGBT, anti-muslim and immigrant, and anti-indigenous.” 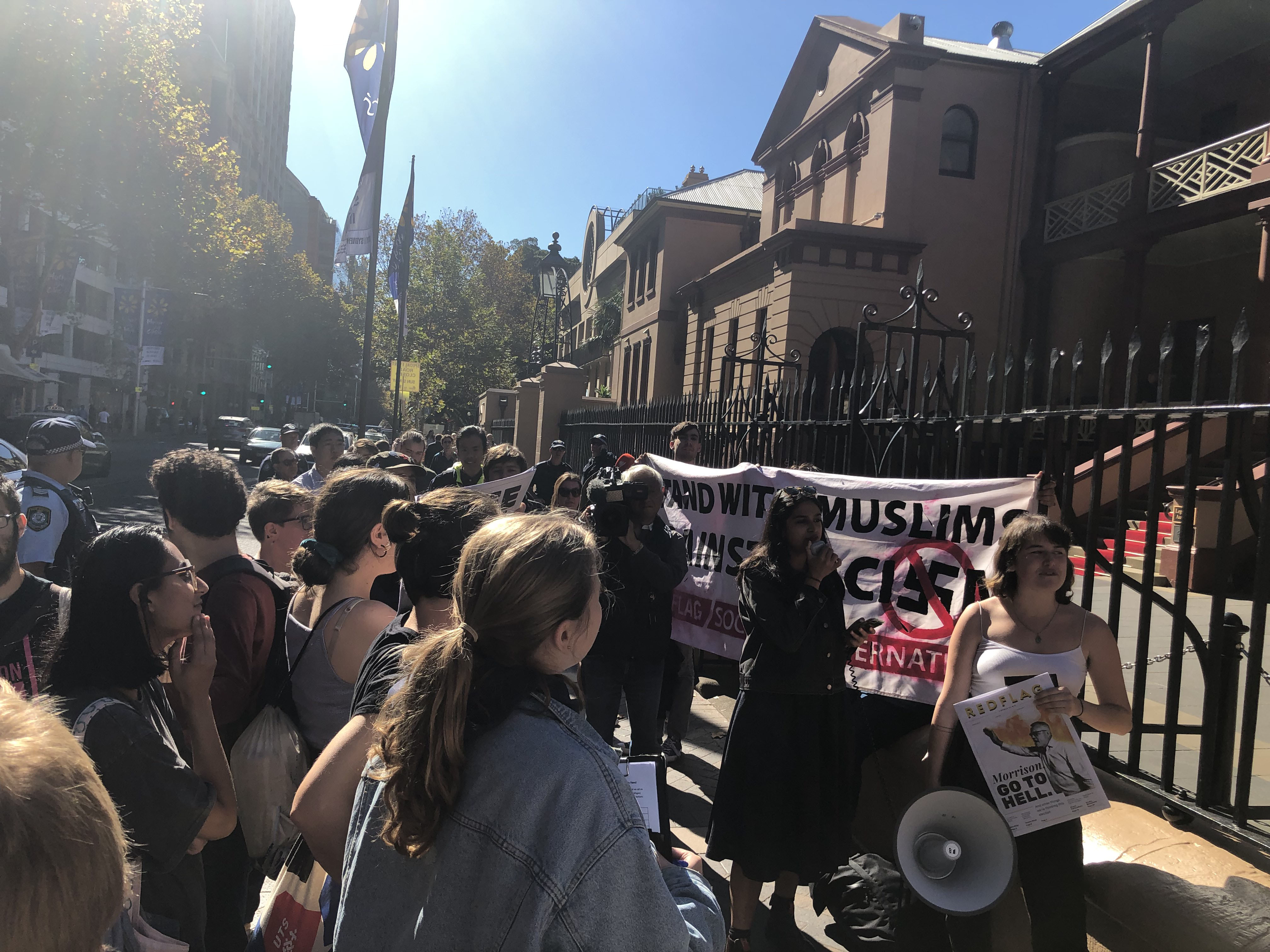 Speakers at the protest included Greens Senator Mehreen Faruqi, who called for ‘organised action’ against far-right groups in her address:

Since the mosque shootings in Christchurch by white supremacist and right-wing terrorist Brenton Tarrant, there is increasing concern over far-right influences coalescing in parliament and targeting oppressed groups with greater force.

Kadkol told Honi, “the far-right minority that exist in society – they have a project: the violent intimidation of oppressed groups.”

Mark Latham was a prominent voice in the ‘no’ campaign of the marriage equality plebiscite in 2017. Over the past decade, he has featured in headlines for sexist comments directed at prominent women, including Australian of the Year Rosie Batty, former New South Wales premier Kristina Keneally and journalist Leigh Sales.

The crossbencher also described Australia as having a ‘Muslim problem’ in 2015.

“I came to Australia as a migrant. I came to an Australia where I really felt I was welcome, but things have really changed in twenty-seven years.”

Faruqi put it that, in the upcoming federal election, the vital crossbench seat will come down to One Nation or herself.

There is also significant conjecture over how much influence, if any, Clive Palmer will win in the Senate. He has spent $60 million on campaign advertising.

Yesterday was Mark Latham and Rod Roberts’ first day as crossbenchers representing One Nation in the 57th state parliament of New South Wales.