To successfully deliver a production of the 2017 Science Revue, Rational Treasure.

With zero previous revue-watching experience to draw from, we hypothesise that the revue will be exciting, probably as a reflection of our mood. The presence of a few fellow classmates in the cast made it all the more exhilarating for us to observe them in the act.

As hypothesised, Rational Treasure was broadly engaging and exciting, with enthusiastic performances from all involved, whether it be the actors, singers or dancers.

Some star performances are outlined in the below table: 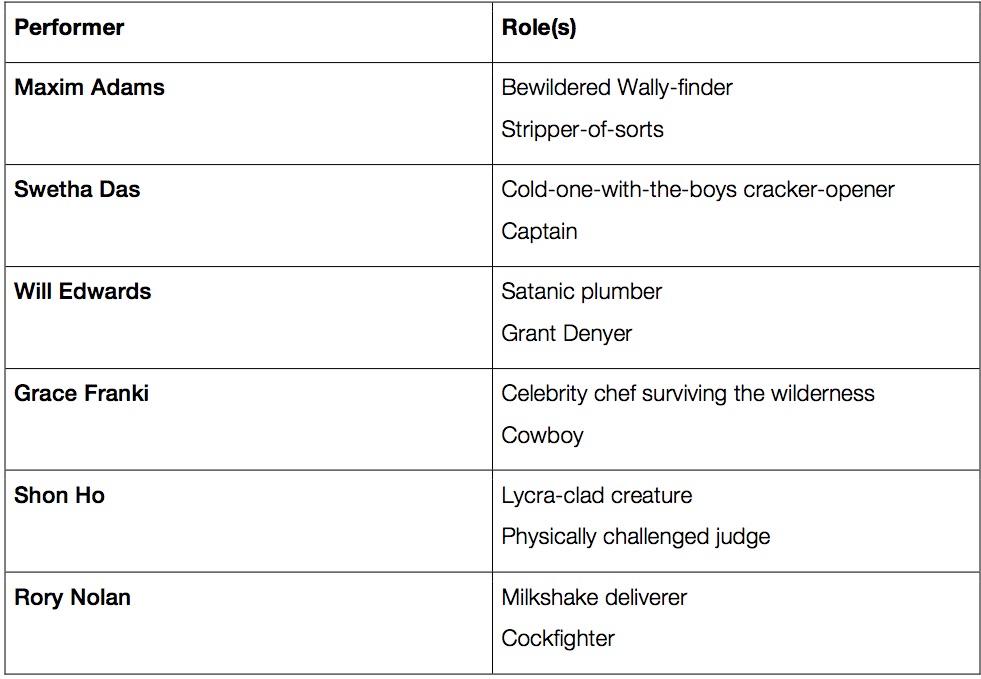 From our results, Rational Treasure was an overwhelming success. Commanding performances from experienced revue actors — notably from Grace Franki, Will Edwards and Swetha Das — ensured that skits never fell flat. Science Revue is also to be commended for heavily integrating its band throughout the show. Increased emphasis on relatable physical comedy as the show progressed and the sprinkling of regular recurring gags, particularly turns by an insecure barbershop 16-tet, were a delight for all of us in the audience. Audio-visual sequences were infrequently used, but in this case, less was indeed more.

Rational Treasure did have some limitations; it exhibited a noticeable disconnect from its theme and title until very late in the show, which left us wondering whether it could have easily been a generic sketch show if it weren’t for bookended attempts at continuity. However, this minor critique certainly didn’t detract from Science Revue’s high quality overall. In fact, it kept us on our toes throughout from skit to skit!

Rational Treasure was a successful production, and was a marvellous way to begin our revue-watching history. In the midst of our busy university schedules, it was the right — or, may we say, rational — decision to spend a few hours heartily laughing at the Seymour Centre!